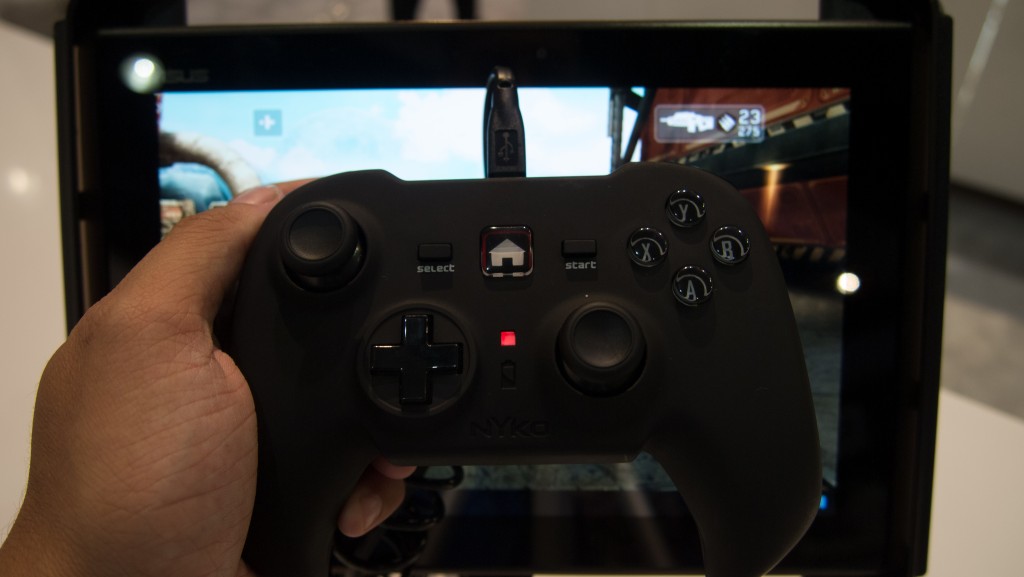 Nyko, the brand known for its third party controller for consols such as the XBox360, Play Station 3 and Wii is coming to Android with its PlayPad Pro which we got a hands on with at e3. From someone who doesn’t game any more, The PlayPad Pro won me over as a must have accessory to play games on my Android tablet. The controller, looks to be based upon the Xbox360 one pairs to your Android tablet running 3.0 and newer via Bluetooth.

Promised to give around 20 hours Real World time this controller, and your Android tablet will be a match made in heaven. As your can see in the video below, the look and feel are as if you are playing on the 360 its self with how fluid the controller feels, acts and connects to the tablet with no issues. With games like Gamelofts Modern Combat 3, Nova 3 and others, plan trips now have something to look forward to.

The size is the same as the 360’s, maybe a tad smaller but the weight is way lighter as the batteries needing to be used are totally different. Coming in at a hopeful price of $49.99 at your local electronic stores such as Fry’s, Best Buys and online at Amazon. PlayPad Pro out of everything at e3 won me over as the must have device.

Using Nyke remapping software, users will be able to customize the buttons for specific games, such as first person shooters, to racing games. 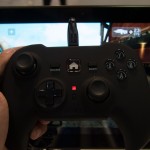 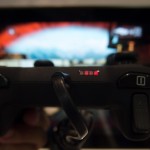 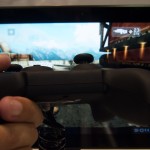 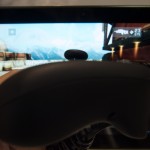 Hit play below for a full rundown using it as well as commentary as I’m using it.