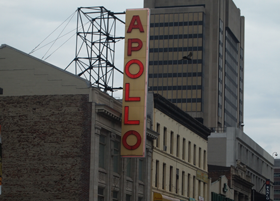 We all know that New York City is for the most part, Silicon Valley of the east. Some of the top Startups and technology innovators are being born in the city that never sleeps. We’ve covered a slew of great New York Startups like Sonar, Edaman,FourSquare and plenty more.

We learned t TechCrunch Disrupt NYC that unlike the Valley which encompasses several areas in the region like San Francisco, Menlo Park, Sunnyvale, Mountain View and countless others, the New York tech scene is united on one front a segregated on the other. Each area within New York, like Manhattan, Brooklyn and now even Harlem has their own thriving tech hubs.

Marcus Mayo and Brian Shields are two Harlem based entrepreneurs who are trying to unite the Harlem startup scene and invigorate its infrastructure by launching a new startup incubator called IncubateNYC.


According to this story from cnbc.com, New York may have a thriving startup scene, but Shields and Mayo are willing to bet that most of the 486 Startups that have received funding are confined to 9 zip codes.

Mayo and Shields officially launched IncubateNYC in December after New York Mayor Michael Bloomberg put out a call for proposals for a Harlem based small business incubator. Shields and Mayo couldn’t wait for Bloomberg to select a winner, they immediately went to work in borrowed office space.

IncubateNYC helped the two founders connect with a technical co-founder to help with their own startup focusing on digital payment processing for retail stores. They also immediately started helping other Startups. To date they’ve helped 10 other Startups with resourcing, networking, mentoring and other things that area Startups need. They’ve also partnered with Columbia University and Google to bring resources to startups.

“What we’re providing is an environment for entrepreneurs to collaborate, share ideas and work together to take those ideas to the next level,” Mayo told cnbc.com

Get your startup from “everywhere else” featured email startup@nibletz.com