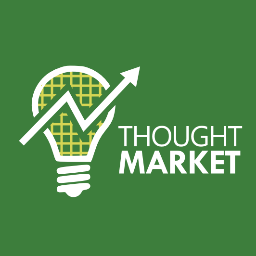 I’ve seen a handful of interviews where Techstars founder talks about ideas being worthless without follow through and execution. He’s absolutely 100% right. I’ve seen him throw a reporter for a loop in an interview where he gets all hyper about a startup that sells ideas, and when the reporter asks him the name of the startup, he confesses it doesn’t exist, again, because ideas are worthless.

Atlanta startup ThoughtMarket is actually more in depth than just a place to hash out and sell ideas, it’s about creating and being creative even if you aren’t the person taht executes.

“The Thought Market is a unified platform for the exchange of all forms of creative media and intellectual property.  We believe that the human mind truly is the most valuable resource in existence and seek to create the modern, technologically advanced equivalent of the ancient Greek agora for the trade of this resource.” Ben Burger co-founder of ThoughtMarket told us in an interview.  “By this, I mean that your imagination has the potential to create things that can change the world – but it has always been limited by technology’s ability to spread and share your creation.  An author could have the best idea ever for a book that would sell millions of copies and change the world, but without a pen and paper, it is only a story in their mind that gets spread by word of mouth (even the mouth can be interpreted as a technology).  With every advancement that technology makes, the mind’s potential to create advances as well.  From the mouth to the pen, to the printing press and now the Internet – every advancement had enormous implications on the ability of an individual to become wealthy or change the world just by something they write.  Every day, people use technology to create.  They create music, books, code, businesses, inventions and numerous other unique works on an ever-growing list of things that technology has enabled.  There are so many of these works or pieces of content being created that the Internet is flooded with them and an unknown number of magnificent and valuable things go completely unnoticed – while cat memes go viral.  But the important thing is that entire industries rely on these intangibles because they are immensely valuable to them, and more people than ever are creating today than ever before – both amateur and professional.  ”

To sum that all up Burger says “what the Thought Market will do is create the World’s first unified and all-inclusive trading platform for these intangible resources of value.”

So the concept seems intriguing, are you actually selling anything?

“We are not directly selling anything, just like stock exchanges don’t sell anything.  The trading happens between the users of the site.  We have adopted many of the same tools and concepts that modern investment trading sites implement to give their users total control over their investments.  So for instance, you can see how many android apps have been posted within a given period of time, how many of them sold, what they sold for, what the asking price was for the ones that didn’t sell, what the rating was for a given sale price etc.  Anything you could possibly want to know relating to the value of your investment in intellectual property will be made available to our users/traders.”

Ok so now that we’ve got that down, how does ThoughtMarket actually work?

“So let’s say that you are a musician.  You might have a day job and do it as a hobby or you might just not be a good performer – for whatever reason, you aren’t in a band for a living.  But you have just written the best song ever and you know that it would be a hit, making someone a lot of money.  So you go and post your song on the Market in its respective category for sale (this is the basis of how the econometrics aspect works).  Audio -> Music -> Country music -> etc.  There are many security measures we are implementing to help assure the value of your creation, but for this example, we’re listing it unrestricted so anyone can listen and rate it.  All of the users of the site may listen to it, rate it, comment on it, and most importantly, make you an offer.  So you are selling your song for 50k (Country music is infamous for song buying and songs often go for hundreds of thousands of dollars) and it has been given a good rating by the other traders of 9.2/10.  So someone wants to buy the rights to your song.  They can pay you the full 50k, or negotiate an offer with you. ”

Burger has also explained that ThoughtMarket isn’t just about music, it can be for book ideas, like starts to manuscripts, website ideas, even business ideas. So the site is just as it suggests, a thought market, with a whole lot more.

And how does ThoughtMarket make money?

“As far as our revenue, we are still refining our model because we want it to be as conducive to all trading as possible. We are considering up to a 10% commission of the initial total sale price of an item (taken from the seller.  They get 90% of the sale price.)  For trades involving no money, we will take a $5 fee from both parties.  Advertising will be bare minimum if at all and custom designed to fit the design scheme of the Market. ”

Burger is a native of Atlanta Georgia and returned there after three years at the University of South Carolina. He agrees that the Atlanta startup scene is on fire.

“It’s amazing.  Earlier this month I attended an entrepreneurial event called Startup Rally.  I think I saw your tweet about the coverage so you know about the event.  But in general, Atlanta really is a growing community for entrepreneurs.  Hypepotamus sounds like the shit.  I haven’t had time to get involved there yet but I am very excited to do so.”

So how did you come up with this idea?

I was actually watching a TED talk last summer while taking summer classes at USC.  It was an unbelievably hot day, something like 109 degrees and humid.  Needless to say we were indoors.  But I was relaxing and watching Don Tapscott’s Four Principles for an Open World. http://www.ted.com/talks/don_tapscott_four_principles_for_the_open_world_1.html

ThoughtMarket plans to go into beta later this spring. You can learn more at thoughtmarket.net

We’re sneaker strapping it again across the country, on our nibletz sneaker strapped startup road trip part deux. Learn more and help us out here.