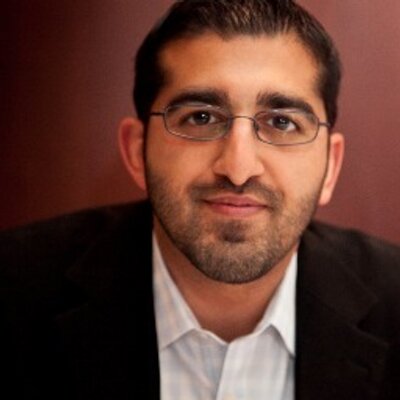 Paul Singh, Co-founder of Disruption Corporation and Crystal Tech Fund and Partner at 500 Startups, told it like it is at Everywhere Else Tennessee on Thursday.

“If you’re going to swing, swing for the fence.”

That was one of Singh’s final comments of his presentation. And he’s certainly done so. Singh has invested in over 650 startups hailing from almost every one of the fifty states in, give or take, less than five years.

“Early stage startups have changed. It is ‘everywhere else’ now,” he said, speaking on entrepreneurship outside of the well-known hubs like San Francisco and New York.

Paul highlighted the ideas that small businesses are easier to start now more than ever before, the importance of tech companies and their impacts on local economies, and the difference that can be made when there are concentrated pools of smart people in one place at one time.

“YOU CAN BUILD A BILLION DOLLAR COMPANY FROM YOUR COUCH IN A T-SHIRT” read one his slides. “It used to cost $5 million to start a tech company in 1999. Now you can start an entire internet service company for less than $5,000,” he said.

The investment world has changed, too. “Back then there were only twenty or so investors that really mattered. It was really, really hard to get $50,000…But we’ve seen this ‘rise of the angels [investors].’”

“Guess how many jobs are created when you bring one tech job to town,” he posed to the audience. “4.6. 4.6 jobs are created for every tech job. Did you know that? If you can realize that, you can get important people to [care] about you. And you can do it while you’re making the world a better place, too.”

“Technology is the fundamental driver of growth in the industrialized world. We haven’t figured out how to communicate our value to the rest of the world.”

He hit on the concept of what could be referred to as “smart people clusters” – the fact that smart people want to be around other smart people. “Even the idea of co-working didn’t exist four years ago. Now you see it everywhere,” he mentioned. “And if [a city] makes bringing these smart people to [the city] a priority, watch what kind of affluence will result…Proximity is valuable.”

Singh also made what could be considered by some to be quite a bold statement in the startup world: “Stop calling yourselves startups,” he said. “You are tech-enabled small businesses.”

So, next time you step up to the plate, do the ‘Babe Ruth point-your-bat-at-the-outfield’ and knock it out of the park. Then sit back down on your couch (in your t-shirt) and do it again.

Paul is the founder of Disruption Corporation, which provides tools, research and advisory services to corporations, angel investors and venture capital firms. Previously, he was a Partner at 500 Startups, a 4 year old “super angel” fund headquartered in Mountain View, CA and has overseen the investments in 500+ companies across 35+ countries. He is currently serving as an Entrepreneur in Residence with the White House Office of Science and Technology Policy and DHS/USCIS. Follow Paul at @paulsingh.

View all articles by Tyler Sondag