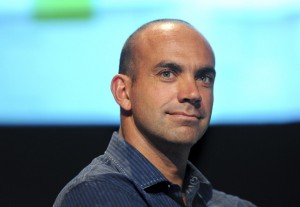 Europe’s top technology and startup conference LeWeb has rebranded their web presence to the more trendy and recognizable LeWeb.co. LeWeb was founded by Geraldine and Loic LeMur. LeMur is also the founder of Seesmic a Twitter, and social media client with deep integration with Sales Force.

“The Internet is moving faster than ever, so we need to continuously adapt to keep up,” said Loïc Le Meur, “we switched to the .CO domain because we believe it better reflects the spirit and ethos of the LeWeb brand – which is all about looking to the future and driving creativity online.”

The new .co domain names have been widely adapted as the domain suffix of choice for recognition around the globe. Despite the fact that .net, .info and other suffixes have been available a lot longer than .co the .co has become much more popular.

“We’re proud to be joining innovative companies like Twitter (t.co), Angel List (Angel.co) and 500 Startups (500.co), as well as the thousands of pioneering startups from around the world who are building the future of the Internet on the .CO platform,” said Le Meur.

LeWeb has been traditionally held in the winter in Paris where LeMur is from. He spends time between Paris and San Francisco.  This year the LeMur’s added a summer conference happening from June 19-20th in London. The Paris conference will be held December 4-6th.

Register for LeWeb at their new site LeWeb.co