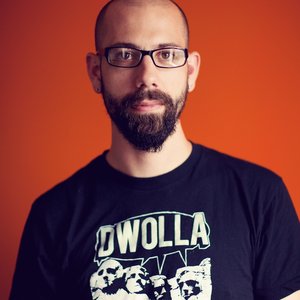 Plastic credit cards and debit cards have taken over a lot of people’s use of cash. More often than not, when I’m walking in a major city and I’m asked by a homeless person for money, my go to (and true) reason for not giving a guy a quarter or a dollar is I simply don’t carry cash.

Now, mobile wallet startups are starting to replace credit cards. Pocket loads are shrinking thanks to startups like Dwolla and PayTango and companies like Google and Paypal. And things are only going to get easier, at least for some.

While speaking at the Money2020 conference in Las Vegas this week, Business Insider reports that Milne told an interesting story to the audience. He mistakenly threw away cash because he thought it was an old burrito wrapper.

“I reached into my pocket the other day and felt crumpled paper in there,” Milne told the audience. “I thought I had absentmindedly put my burrito wrapper from lunch in there, but it was actually some dollar bills.”

Milne was speaking about how easy money transactions are going to be.

For years Paypal has been the leader in the digital payments space. Millions of people have Paypal, and now with Paypal’s mobile app you can send someone money via the service in just seconds. If they have one of Paypal’s debit cards or they’re signed up for PayPal wallet, users can just as quickly spend the money.  The same is true for Google’s wallet product and the ability to use an Android phone with NFC technology at hundreds of thousands of PayPass locations across the country.

Milne’s own startup Dwolla is making it incredibly easy to send money from one user to another, and they only charge $.25 per transaction (transactions under $10 are free). Milne hopes that sending money via the internet becomes as easy as sending a photo of pop queen Miley Cyrus.

“Our world is already virtual, we just don’t realize it yet,” he said. “If all you have is an Internet connection, you can’t send money around the world very easily, but it’s no problem to send someone a picture of Miley Cyrus. What we’re doing – easy Internet payments – is an inevitability. We may not be the people to do it, though I’m working my ass off to make sure we are.”

Earlier this summer, we reported on a young Florida startup called Feathr that’s looking to replace the traditional business card by sending contact information and other relevant professional information via mobile app. Today we turn to the middle of the country and Des Moines IA, and a new startup called Proferral.

Des Moines app development startup iapps24 has designed Proferral to be a business referral app that also looks to eliminate the business card. They also have baked in premium features that will allow you to make calls and set appointments in a mobile CRM style solution that will execute and keep track of the call and appointment.

Proferral also takes into consideration the context for which business cards and contact information are exchanged. An integrated calendar allows users to set follow-up appointments right away.  Other features baked into Proferral include a portal to offer discounts and rewards, a place to publish videos and testimonials, and other tools that help connectors make the most out of the networking experience.

Proferral also offers a rich networking community within the website, Android and iOS apps. Users can join an already existing network or create a new one.

This feature packed app, and thriving app development startup are percolating in Des Moines IA which is a hotbed of new technology startups. We got a chance to interview iapps24. Check out the interview below.

Des Moines Iowa startup Tikly wants to solve ticket shock. The startups 22 year old founder Emma Peterson experienced ticket shock first hand while touring for roughly a year with Iowa’s favorite American folk band, The Nadas. What she found while touring with them is that venues and artists feel ripped off and taken advantage of by the outrageous fees associated with the mainstream ticketing services (LiveNation/TicketMaster).  So rather than trying to design some new platform to game the TicketMaster system Peterson set out to create a whole new ticketing system.

Tikly is that system. Peterson tells us in the interview below, that her fee structure is centered around easy to understand, low-cost, flat rate fees. This is obviously something that artists, venues and fans will love.

We’ve seen a lot of ticketing apps proposed, like one being accelerated at the Brandery in Cincinnati. That team is hoping to provide a platform for small group ticket sales to sporting events. Another ticketing platform Tikk.it, was presented last week in Chattanooga at the GigTank demo day. They hope to take on Ticketmaster as well.

With a mission that rivals Eddie Veder’s campaign against TicketMaster in the 1990’s, Peterson is hoping that independent artists, and smaller venues will embrace Tikly and help her build scale for her ticketing startup. We think that by going to artists and small venues directly, rather than trying to rock the sports industry or game the concert market, Peterson has a more realistic plan for success.

Check out our interview with this young, innovative female entrepreneur from middle America below.

A new Des Moines based startup called FreebeeCards is preparing for launch. They are launching May 15th in Des Moines and they are currently signing up merchants and users, for what promises to be a fun and exciting new way to build customer loyalty and engagement.

Freebee Cards was founded by CEO Ken Lazzaro who is a consultant in the reward/loyalty card and credit card processing space so he has experience with this kind of thing. How did he come up with Freebee Cards? Their marketing guy Todd Razor told us in an interview:

“Ken’s consulting company, which educates and helps business owners implement gift card, loyalty and credit card processing programs, was working with the owner of a women’s clothing boutique in Austin, Texas.  Ken had just sold the business owner a point-of-sale system, and she was also very interested in increasing customer loyalty. Ken’s company approached her about offering preloaded gift cards with varying values of $5, $10, $25 and $50 to customers in her area.

She loved the idea of consumers having to visit her store to find out the value of the cards. Yet a concern over not being able to measure the customer acquisition cost stopped her short of running that program.

Ken soon realized that developing an electronic version of this gift card marketing concept would allow merchants to track customer shopping habits, as well as open a direct line of communication to make special offers, reward customer loyalty and collect candid feedback outside of the public’s view.

It snowballed into an idea for a website and FreebeeCards was born.” 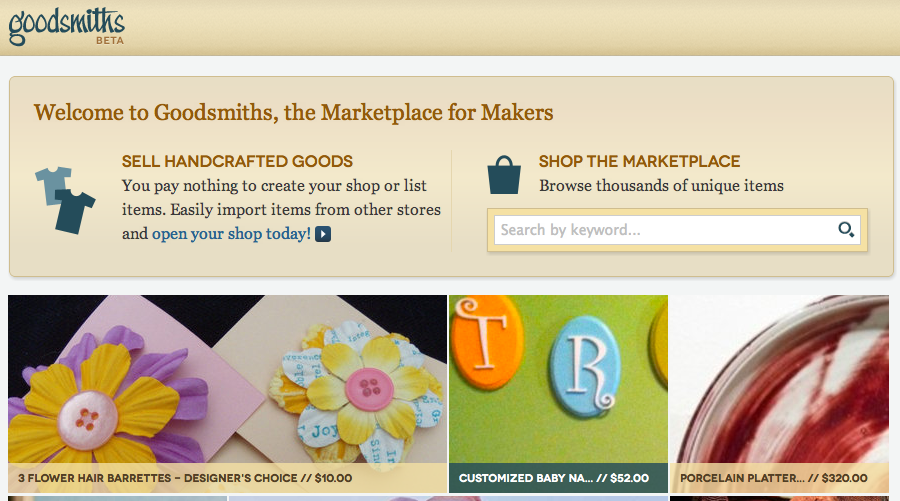 Des Moines based Goodsmiths, the “Market Place for Makers” is now open for business. The co-founders James Eliason and Levi Roscol opened up for a soft launch on Wednesday April 4th. They characterized it as a soft launch because at opening they were only using local payment provider Dwolla. They’ve since added Paypal as a payment option.

While on the surface you may immediately think Etsy clone, Eliason and Roscol insist that Goodsmith’s is no Etsy clone.

Eliason and Roscol are differentiating Goodsmiths from Etsy in three key areas. The first is community. The co-founders told SiliconPrairie that when they started doing market research they found that a lot of users of competing sites like Etsy and Artfire weren’t pleased with their community offerings or lack there of. To win in the community area both founders have concentrated on building the communities and launched them at the same time as the rest of the site. They’ve also recruited bloggers to keep the content fresh within the communities.