Looks like New Orleans may be looking to turn their annual jazz festival into a jazz and tech festival reminiscent of the evolution that south by southwest has taken in recent years. Launch Pad Ignition is hosting a Launch Fest event on May 3rd in New Orleans .

The Launch Fest promises to bring together mentors, speakers, and investors to raise funding for the entrepreneurs in New Orleans.  The Launch Pad Ignition 2012 class will present their first public pitches at the event including  Kinobi,  VoteIt, Red Ticket Games, Giftmeo,Unawkward, Lawyerfy, and Connect for a Cause.

The event also features a great list of speakers: 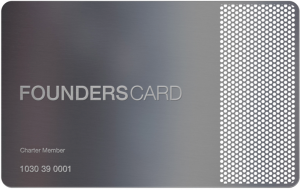 Two year old Founder’s Card is now 5,000 members strong. The exclusive discount card, geared towards founders and entrepreneurs was started by Eric Kuhn two years ago. Members of the card pay a $495 registration fee and a $60 start up fee to become part of an exclusive club.

While there’s no secret club house in the woods or a secret decoder ring, FoundersCard members enjoy substantial discounts at businesses they typically need like Apple, Virgin Atlantic and several 4 and 5 start hotels.

FoundersCard also gives members access to exclusive members only networking events and cardholders are a who’s who of the rich and powerful in the tech, startup and VC crowd. Having the card is definitely “in”.

Although the baseline cost to join is $495, referrals into the FoundersCard’s exclusive club are given access for just $295. While that may seem like a great deal, Inc Magazine reports that serial entrepreneur Adam Rodnitzky recently responded to a Quora thread about FoundersCard and when asked if it was worth it he replied: “Are you bootstrapping or pre-exit? Then FoundersCard is probably not worth it … yet.”

Chattanooga TN is opening up their Gig City this summer for one of the biggest start up and student tech competitions in the United States outside of New York, Silicon Valley or Las Vegas.

Entrepreneurs are invited to apply here to come to Chattanooga TN, the Gig City, from May 14th to August 16th. Each team selected to come to the Gig Tank will receive $15,000 in investment capital to spend the summer in Chattanooga.