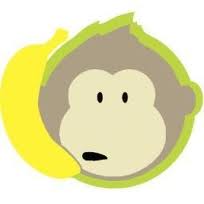 We’ve been following Washington DC conference calling startup Speek since they were little more than a pitch deck last year at a DC tech event.

The company was founded by John Bracken, one of the cofounders of E-Vite (the precursor to Facebook events lol) and Danny Boice, a startup renaissance man, who even spoke at our huge “everywhereelse.co The Startup Conference”.

Anyone who knows the Speek team knows that John and Danny compliment each other greatly. John is the yin to Dany’s yang. Danny is a constant cutup bringing fun into every situation and John plays a playful straight man to Danny’s antics. Well if John had been at Danny’s pitch during the TechCocktail Pitch Jam on Saturday at SXSW 2013, this great stunt, that made the Wall Street Journal, may not have happened.

Danny knows they have something great going on with Speek. It’s by far the easiest way to hold a conference call and it does away with the need for long phone numbers and longer “pin” numbers. You simply go to someone’s speek page, like speek.com/kyle (my page) and click the call button. Voila. But after partaking in SXSW libations all day long and being couped up because of the rain, Danny had something cool in mind to win the Pitch Jam contest.

After going through is normal 60 second pitch, he added a twist. Call it humor, or a little jealousy, but John had to bail on the event to go have dinner with DC Mayor Vince Gray, and left Danny alone, to pitch, and to say whatever he wanted. And he did.

Danny told the audience at the end of the pitch that John would get a tattoo of Speek’s mascot monkey on his ass if they won. Since there was a lot of spill over from the DC Tech Meetup earlier in the day, there were plenty of people who knew John, and wanted to see him get a monkey tattoed on his ass.

Well low and behold, Danny won. The next day, John got this: 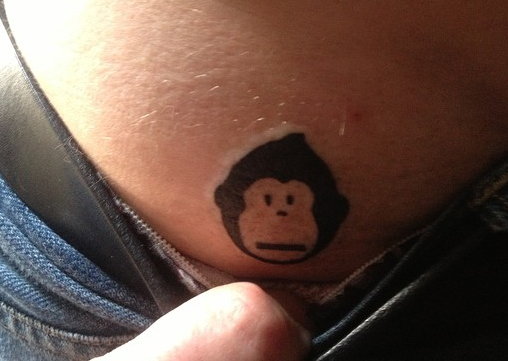 We’ve got more startup coverage from SXSW than any other site, click here and see for yourself.

We really need some help, click that button below:

Before “Startup” was one word, before Facebook and Google alumni were the “in crowd” in the startup scene, and before everyone had cable internet, a new revolution was happening in the Washington DC area. That revolution was AOL alumni founding startups.

John Bracken is one of those AOL alumni. At the time, the largest consumer online service was based in Northern Virginia. We call it a consumer online service because Steve Case said last week at an event that it wasn’t before AOL turned six years old that the service could actually access the internet. Commercial companies were banned until then.

If you think you’ve heard Bracken’s name before you might have. He was a co-founder for e-vite which was the original online invitation and event service. This was years before Eventbrite.

Bracken’s startup is called Speek and it allows people to initiate conference calls much easier than they could with traditional conference calling methods.  With Speek, long gone are the days of tedious 800 numbers to remember, and unusually long codes to remember.