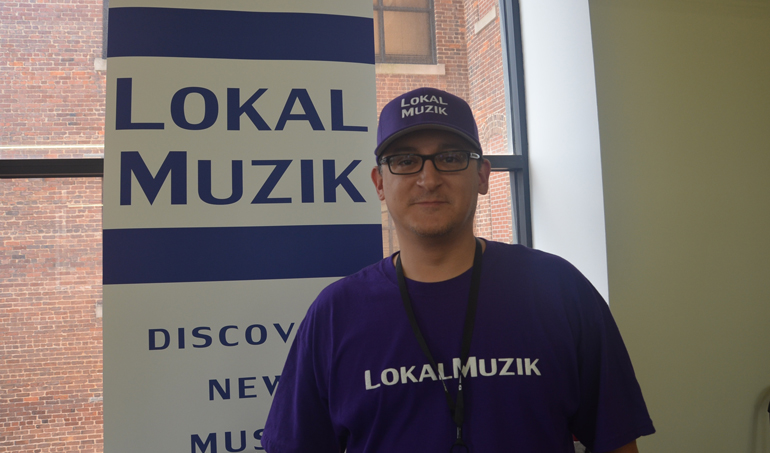 Last May we featured an interview with Jason Belanger right as he was launching a new proximity based local music aggregator called LokalMuzik. A year later there seems to be a lot of startups that are entering the space in a variety of ways.

Take Aurora for instance, also a Jacksonville startup, their app helps you discover local music based on your geographic location and streams it right down to your device. That was good enough for them to be the biggest mover on Friday afternoon at OneSpark the World’s Crowdfunding festival.

Belanger was early in the local music game and offers something a bit different. Rather than “discovery” per se and streaming local artists’ tracks randomly, LokalMuzik shows the user graphically, the artists from the area they are in. It’s also searchable by genre which makes it easier to locate the freshest new music.

Belanger has been hard at work at this for over a year and has a fully functioning Android app. While he’s got several features in the works he’s taking a brean from Android development to go ahead and push out an iOS app.

Right now they make money off mp3 purchases and hopes in the future to be able to offer some kind of preview streaming so that users can hear the music rather than just read about the artist.

Belanger is very excited about being part of the first OneSpark. Check out the video below.

A Jacksonville entrepreneur, Jason Belanger, has just launched a new mobile app for discovering new local music by proximity to your device. The app called LokalMusik is available for Android phones in the Google Play store.

Basically you open up the app and based on your GPS coordinates you can find new music and artists of multiple genres. New unsigned artists create profile pages which allow you to learn more about them, hear their music, even find out when and where they are playing next.

This is great for people who love to find new music and artists a lot or even if you want to keep up with your local music scene. Since the app is proximity based, if you’re in New Orleans you’re going to get an entire different set of artists then you would n New York, LA or even Florida.

Now if you’re attending a big music festival like SXSW, the New Orleans Jazz Festival, or even Bonaroo you can check out the national acts coming to the stages and the home brewed talent in whichever genre you like. Whether you want to support up and coming hip hop artists or a local string quartet LokalMuzik will offer it all.