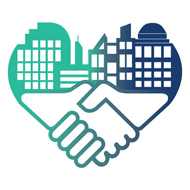 Kansas City has some great startups. One of them is Neighbor.ly a new civic crowdfunding platform. Nieghborly encourages people to get involved in the civic projects that they are passionate about. By crowdfunding for civic projects people can decide if they want to support a new neighborhood beautification project, or getting manholes replaced. Literally, that’s how the idea for Neighborly came about.

Jase Wilson, Neigbor.ly’s CEO and Co-founder was eating at one of his local favorite spots with the startups advisor Patrick Hosty. They got into talking about a recent bond referendum and a woman in a neighboring seat chimed in on the conversation. The conversation got heated and the issues at hand were sewer repairs and zoo animals.  The woman was in favor of the sewer repairs but the same bond deal included new animals at the zoo. The woman wasn’t interested in the animals at the zoo. Hosty enjoys taking his daughter to the zoo and wasn’t concerned with the sewer repairs.

A light went off in Wilson’s head, an idea that would allow Hosty to support the zoo animals and the woman could support the sewer repairs.

The civic crowdfunding model is successful in Europe where people don’t quite think the way we do here in the U.S. The downside to civic crowdfunding in the US is those people who are sticklers about feeling the government and taxes should just handle all of these types of projects.

Earth to the people, that model hasn’t worked for years. The biggest capital projects get done while the smaller ones like the sewers and the zoo animals get tabled, time and time again, year after year.  Civic crowdfunding allows citizens to get involved and take ownership of civic projects.

We got a chance to talk with Wilson about Neighor.ly in the interview below.