This announcement comes to us by way of Lee Watson and Startup Arkansas .

The talk will take place at the Barnhill Arena and is free and open to the public. Seating will be first come firs served, so arrive early. 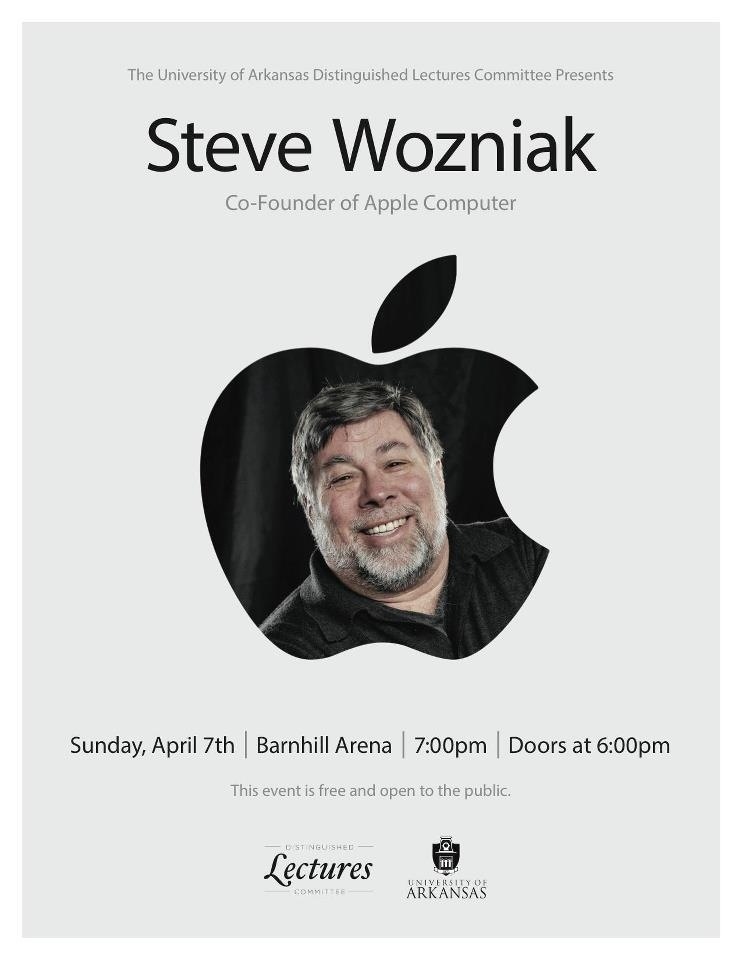 At the Sundance film festival this week one of the biggest movies of the year is already jOBS. The biopic film stars startup investor and Hollywood hotshot Ashton Kutcher as Steve Jobs.

While the film was screened at the event the first clips were released to the Internet depicting a conversation between Apple cofounder’s Steve Jobs and Steve Wozniak.

Gizmodo published this reaction piece from their good friend Woz. 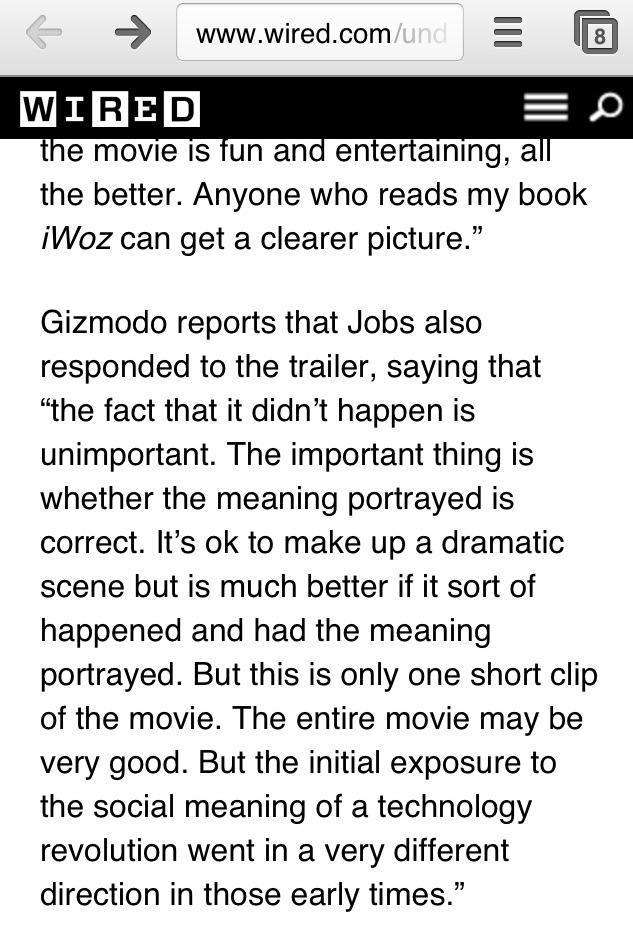 As you can tell Woz doesn’t seem to happy with the portrayal however he later says that if its fun and entertaining all is the better.

Now we realize that both the founders names were Steve however most everyone in America knows that. They also know that Jobs passed away October 5, 2011.

As most tech publications do, and we are doing right now, Wired picked up the Gizmodo piece.

In their article they attribute one of the quotes to Steve Jobs.

Typically, the author Hugh Hart is pretty good about reporting the facts and fact checking. We are talking about Steve Jobs here.

To our knowledge not even the iPhone 6 will be able to communicate posthumously.