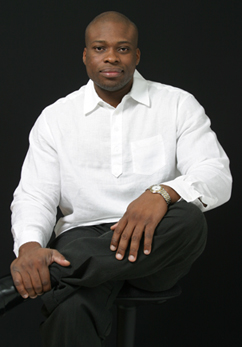 Startups, like fragile seedlings, need to be in the right environment to flourish. It takes drive and doggedness to see any idea through to success, and persistence is often the only thing separating those who succeed from those who fail.

It’s much easier to keep pushing toward a goal if you have a community of people who understand and encourage you. Being an entrepreneur takes more drive and guts than most people can comprehend, so surrounding yourself with like-minded people can help you succeed.

Find Your Motivation and Drive

In my experience, discouraged entrepreneurs who are unable to overcome negativity are often those who do not have a deep passion for the area of business they’re in, or who lack the sheer desperation of not wanting to fail. As with losing weight or giving up smoking, being persistent enough to see a goal through to fruition requires strong motivation.

If you’re building a startup, be sure it’s something you’re interested in; invest yourself in your startup’s success. Successful entrepreneurs would often rather die than give up — an attitude that will help you push past criticism and other obstacles.

Seek Out the Right People

Unless you live in Silicon Valley, you’ve probably been the target of negativity from people who don’t believe in your idea. Dedicating your life to a business idea requires single-mindedness and dedication, which is hard for people who aren’t entrepreneurs to understand. Normal people fear the risk, hard work, and intense commitment required to succeed in business, which leads them to try to dampen the aspiring entrepreneur’s enthusiasm.

All that negative energy can be disheartening, and it will ultimately work against you. Persistence is the key to success. If you’re living in an environment without a network of people with similar interests, you may be shooting your startup in the foot.

When my business partner and I first decided to pursue our own business ideas, most people didn’t understand what we were doing. They constantly tried to steer us toward more conventional jobs. We began meeting weekly with a group of six entrepreneurial-minded friends to study and share ideas. After two years, Chris and I eventually hit upon a business idea that began generating revenue for us. In retrospect, those meetings were the most important factor that contributed to our success.

Be your own best friend when it comes to encouragement. Surround yourself with people who will help you work toward your goals and inspire you to persevere.

Building a web of support is even easier now with online networking sites like Facebook and LinkedIn. Here are three tips to help you build a network online:

Become an active participant in online groups formed by like-minded entrepreneurs around subjects that you are interested in or passionate about. Get engaged in the conversation: Ask questions, learn from other members, and share your perspective.

Set up your own groups or forums and invite people you’ve met through similar groups to join. This will increase the strength of your relationships and your connection to an online community in your field.

Look for people who’ve been successful in your area of interest to find potential mentors, either directly or indirectly. Most people are happy to be contacted by fellow entrepreneurs for their advice and expertise — especially if you’ve already established yourself as an up-and-coming person in the field by connecting to online communities.

Startups need to be surrounded by people who understand what they’re trying to do and who can offer emotional, moral, technical, and even financial support. Seeking out help is one way to encourage a persistent mindset in yourself. In the meantime, be aware of what’s motivating you and consciously work to build the perseverance you’ll need to succeed.

Ken Oboh is the co-founder of REMIX.com and UMIX.com, two revolutionary music sites that give users the power to be their own DJs. Ken is a serial entrepreneur in the entertainment industry.

Now read I know we want venture capital but what is it?