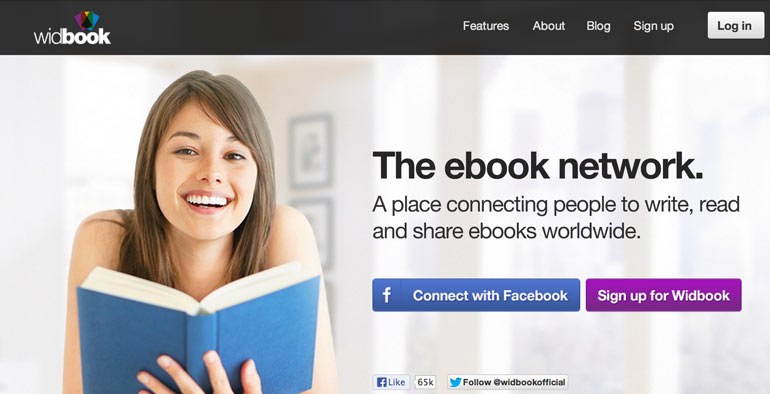 The publishing industry is ripe for a disruption, and many of them. The traditional music industry where we used to buy records, tapes, and CD’s has been all but replaced by digital media. Many predicted that books would always be safe. People love the touch, the feel, and the smell of actual books.

Now Borders is gone, Barnes and Noble has shut down many of their stores, and the mom and pop shops are drying up. It’s unfortunate for readers. But just like in the music industry, it leaves a gaping hole for disruption. Everything from distribution, to consumption, to the publishing of digital books is all open terrain for the right startups.

One Memphis startup, Screwpulp,  is well on their way to disrupting the self publishing model with their unique platform that calls for feedback in exchange for free books.

Brazilian startup Widbook is a digital collaborative reading and writing platform where authors can improve their writing, publish books online for free, and solicit feedback and work together with fellow members. It was launched in June 2012 and was instantly described by Mashable as “The Youtube of Books.” The platform recently reached a milestone 30,000 members and has over 1,100 published books with thousands being written.

We got a chance to talk with the team behind Widbook, check out the interview below.

• Founded Digitale.XY2 digital agency, a company headquartered in Campinas and São Paulo that has for 10 years worked with the planning of digital marketing, digital presence and consultancy.

• Was head of the merging process with Attitude Global group, one of the biggest commutation groups in the world.

• Has worked in the software development market as system analyst and participated in the official process of implementation and assessment of the CMMi methodology.

Co-founder and COO at Widbook

• Founded Digitale.XY2 digital agency, company headquartered in Campinas and São Paulo that has for 10 years worked with the planning of digital marketing, digital presence and consultancy.

• Was ahead of the merging process with Attitude Global group, one of the biggest commutation groups in the world.

• He has been one of the directors of APADi – Associação Paulista das Agências Digitais (São Paulo Association of Digital Agencies) since 2010.

• MBA in Strategic & Economic Business Management from Fundação GetúlioVargas (FGV) and Ohio University in the U.S.

Co-founder and CTO at Widbook

• Was the chief systems architect of e-Commerce of Fnac Brasil (fnac.com.br) and was responsible for its entire system development and support team.

• He participated in the official process of implementation and assessment of the CMMi methodology and was responsible for the study and implementation of several other technologies in others companies.

The company is based in Brazil, but plans a move to the U.S. in the future. The platform is virtual and has a presence in over 200 countries worldwide (with 60 percent of its users from the U.S.). The startup scene in Brazil is fairly new compared to the U.S. but it’s growing quickly. The government is starting to offer programs to support startups and lots of well-known events, like TED Global and the MIT Global Startup Workshop, are coming to Brazil.

The publishing industry receives hundreds of thousands of manuscripts/book submissions each year and only a small fraction are reviewed, and even fewer accepted. Widbook offers members the opportunity to bypass the publishing house and publish their work quickly easily (while also getting valuable feedback from other members).

The ebook industry is positioned to expand beyond the print book market by 2017 (driving $8.2 billion in sales by then). Widbook wants to offer more than just a platform for self-publishing; it wants to be the place where people go to read and write ebooks for free and collaborate and network with other members.

The iOS app is in the works and set to be released soon (Android app is already available for download), and we hope to be at 50,000 members in the very near future.

Read this: How to nail your next VC Pitch