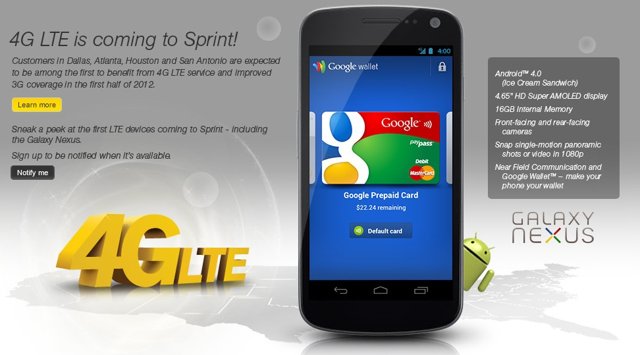 Questions have been raised since the Galaxy Nexus landed on Verizon which/what is AOSP and what isn’t. Well just now, Jean-Baptiste Queru just took to Google+ to explain that the upcoming Sprint LTE version isn’t going to be AOSP.

The short answer is: the Sprint Galaxy Nexus is not supported in the Android Open Source Project.

The long answer: the release process for the Spring Galaxy Nexus is similar to that of the non-yakju variants of the GSM Galaxy Nexus (e.g. yakjuxw, yakjuux, yakjudv…), which makes that device similarly impossible to support in AOSP. There are no source files, no proprietary hardware-related binaries and no factory images available for the Sprint Galaxy Nexus. In addition, since it’s a CDMA device, it would probably be limited by the usual CDMA licensing issues that have been affecting the other CDMA devices.

With all the issues with the Verizon version, will anyone even care or buy the Sprint one seeing how it’ll have the same fate? As well as will the Nexus line ever be a developers phone ever again?