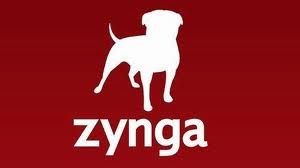 A French developer has created an egyption based social game where you need to make egyption pyramid cities. The game is called PyramidVille and it plays on the classic model of Zynga’s Farmville, Cityville, Frontierville and other Ville style games.

Zynga has now sued the French developer over the use of the word Ville. The suit, which was filed in a San Francisco court, is asking a judge to ban Kobojo from using the word “Ville” in the US release of the game.

Zynga’s attorney Dennis Wilson said Kobojo’s use of Ville was a  “willful violation of Zynga’s trademark by a competitor seeking to exploit Zynga’s hard-earned reputation in the social gaming space.”  With the game’s focus building an Egyptian city, we can see where the confusion may come in to play.

According to this report Zynga tried to work this out with Kobojo but they willfully ignored the social game studios requests. Kobojo has already released a mobile version of PyramidVille.

Zynga build a franchise around their Facebook integrated social games. Their first game, Farmville, became a blockbuster hit. CityVille followed soon after that.

Zynga has also made a presence in the social mobile space after purchasing “Words With Friends” they’ve also got a version of Hangman played with friends. Their first mobile game, Zynga Poker is also a big hit.

Their most notable mobile news was the nearly $200 million dollar purchase of New York based game studio OMGPOP. Zynga acquired OMGPOP after their hit game Draw Something was able to knock Words With Friends out of the top spot in the mobile games arena.

The staff of OMGPOP was absorbed into Zynga and Dan Porter, the CEO of OMGPOP became Zynga’s Vice President of their New York operation which to date only includes the Draw Something title. We ran a feature story on Dan Porter and his unique use of HBO hit series “The Wire” characters as the names of OMGPOPs conference rooms.