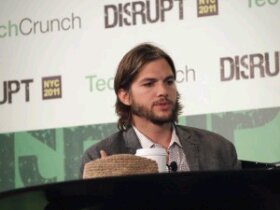 Pittsburgh startup DuoLingo has just announced a $3.3 million dollar round of funding led by Fred Wilson’s Union Square Ventures along with actor turned tech investor Ashton Kutcher.. This article in the Post Gazette said Kutcher made this investment personally and no reference is made to his VC firm A-Grade investments.

Kutcher is known to journey outside the borders of Silicon Valley with his tech investments. He heavily vets his investments for game changing technologies. Kutcher recently invested in Des Moines mobile payment startup Dwolla. Although Kutcher hails from the same area, it was more about the technology, and the entrepreneur rather than just being from the same area.

With DuoLingo it’s obviously about the technology and the work that scientist/co-founders Luis von Ahn and Severin Hacker have put into the startup so far.

DuoLingo is a translation software. Although there are a few very technical articles about DuoLingo’s technology, to put it into layman’s terms DuoLingo provides a platform for real life translation. While Google translate can be great for a straight up word for word translation, DuoLingo and their algorithms translate pages on the internet, in a more “real world” conversational way.

When you’re doing the real-world stuff, such as reading a news report in German or French, you really feel like you’re accomplishing something,” von Ahn said in a press release. “It reinforces why you’re working to understand this new language.”

While DuoLingo is great for translation they also enter an element of education as well. As the Post Gazette explains:

Users can scroll over words if they need clues for their translations, and the program automatically detects blatant errors. The site also is designed to track words or concepts that give users trouble and to focus on those for future lessons.


The next phase of DuoLingo includes adding a document translator to it’s already existing web based platform for commercial uses. To get to this point DuoLingo used a pretty extensive beta testing process where von Ahn reports that the beta testers translated tens of millions of sentences.

By crowd sourcing the translations the software is able to pick up the most commonly used translations and achieve better accuracy.

Von Ahn is a 33 year old junior professor at Carnegie Mellon University, where he earned the honor of A. Nico Habermann associate professor of computer science. That’s an honor given to a distinguished junior professor every three years.

If you think that you’ve heard von Ahn’s name before it’s because you probably have. In 2007 von Ahn created the puzzle identifying system Captcha, the system used to verify that a human is filling out most forms. He sold that company to Google for an undisclosed sum.

von Ahn’s other credits include inventing “human computation” which is a form of crowd-sourcing   humans to help computers solve problems that are beyond the technology.

von Ahn said that his goal with DuoLingo is to form a universally readable internet.

For more on this visit the Pittsburgh Post Gazette

We’re on a sneaker strapped startup roadtrip, Help us out here and watch the video below: