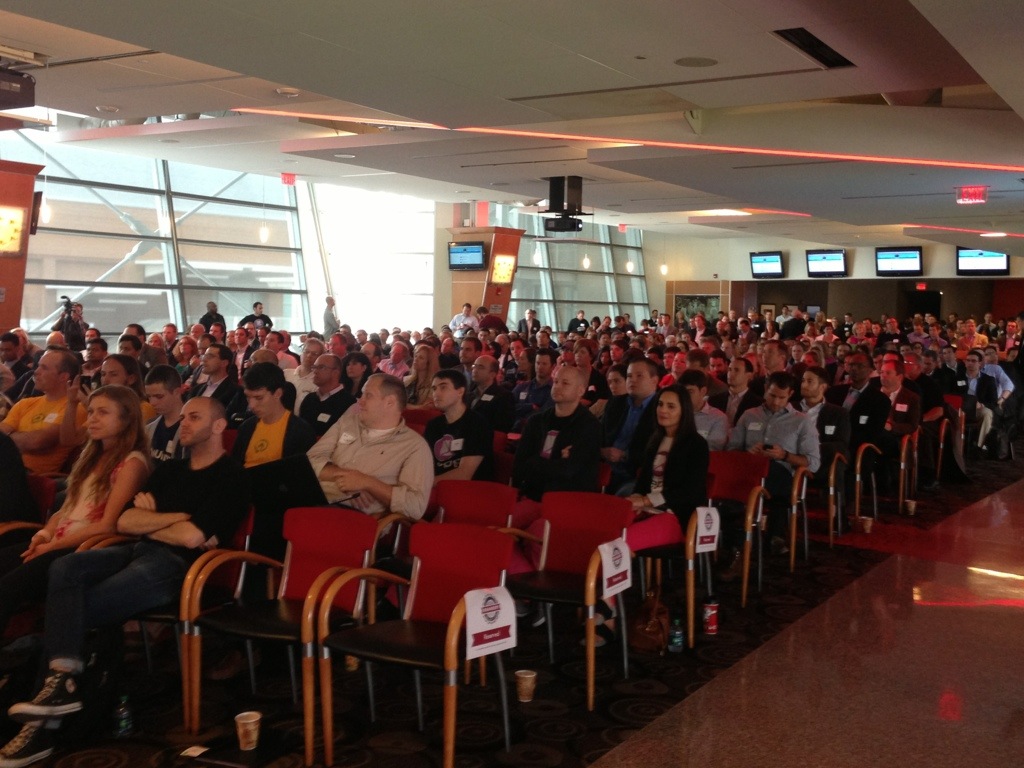 Boy time flies when you’re in an accelerator, or so says Louisville startup Impulcity CEO Hunter Hammonds. Hammonds leads one of the startups selected for the 2012 class at The Brandery accelerator in Cincinnati. His startup, along with CrowdHall from Salt Lake City UT, are two startups we’ve been tracking their entire way through the program.

Today, at Great American Ball Park, the home of the Cincinnati Reds, wasn’t about just Impulcity and CrowdHall though. The Brandery graduated 11 startups in all and all of them had great pitches.

They pitched to a crowd of at least 300 that was standing room only at the Champions Club over looking the field.

We’re compiling the pitch videos as quick as we can.

The Brandery has now graduated three classes and the tech community in Cincinnati and the surrounding areas flocks to demo day.

The morning kicked off with a keynote address from Washington DC’s Living Social CEO and Founder Tim O’Shaughnessy. Despite the fact that the room was jam packed filled with investor’s O’Shaughnessy was talking to the startups and entrepreneurs in the room offering advice and anecdotes from his years founding and running one of the most successful startups outside of Silicon Valley.

O’Shaughnessy gave the founders and entrepreneurs advice, encouraging them to take risks and to not be passive. “people don’t win by being passive” is one of the key things he told the startup founders. He also spoke at length about the difference between startup founders who are going for it for the long hall, the ones who will make it no matter what, and then the founders that will no doubt, stop when the money dries up.

The startup that surprised me the most was the group of guys from New Jersey and New York called Flight Car. This peer to peer car sharing service for air travelers seemed like an odd idea at first, but after talking with the founders for a bit they’ve got it all worked out, and they should, one of them dropped out of MIT to do this. They’re beta testing in Cincinnati now and will roll out in San Jose and Oakland next month.

All the videos will be posted over the next few days so keep checking back.

You need your ticket for this, NOW