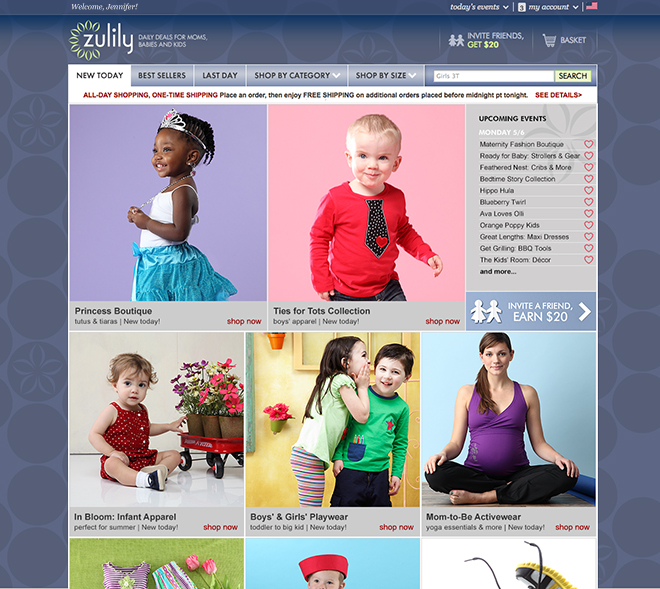 There’s been a flurry of activity since Twitter filed their S-1 last week. Will it be a repeat of Facebook’s IPO? Why aren’t there any women on the board? Does that matter? And, by the way, isn’t the company still losing money?

So much digital ink has been spilled over the Twitter filing, it’s hard to remember what we wrote about before it.

Thankfully, the cycle has turned, and we have something new to write about. Two days ago another startup filed to take the IPO plunge. It’s probably safe to say that Zulily is much less well-known than Twitter and hasn’t had quite the same impact worldwide as the social media company. If you aren’t a mom, you probably haven’t heard of Zulily.

The Seattle-based flash sales site is the picture of a successful company from everywhere else. In 2009, founders Darrell Cavens and Mark Vadon saw a problem: it was difficult to buy unique, inexpensive clothes for children. If they bought clothes from Target, 20 other kids had the same shirt, but if they shelled out more money, the clothes were stained or torn in a matter of hours.

The two dads figured out a fun way to solve the problem and how much users were willing to pay for it. When all the other daily deals and flash sale sites were struggling, Zulily doubled down and continued to grow.

Twitter and Zulily have completely different business models, but thanks to filing IPOs in the same week, the comparisons are inevitable. Twitter undoubtedly has more users and more impact worldwide. However, Zulily has figured out how to get cash from their customers, which means they bring in more revenue than Twitter at the moment. Money in the bank is always, always a good thing.

Of course, that doesn’t mean Twitter is a bad company or a bad investment. Without a doubt, Twitter is changing the way information is spread, and there’s plenty to like about that. And with millions of users worldwide the potential (social media’s favorite word) for revenue is massive.

Zulily’s story is an inspiration to companies everywhere else. Not everyone can–or should want to–build the next paradigm-shifting social media company. Silicon Valley has proven particularly good at that, and the world is different because of it.

However in the next 20-30 years, entrepreneurs everywhere else will prove very good at building black ink companies that solve problems in other aspects of life. Education, healthcare, government, and logistics are all ripe for disruption, and who knows what industries will be invented in the coming decade. Big problems will be solved in hubs all over the world, as well as Silicon Valley.

A flash sales site may not solve a “big” problem, but Zulily’s IPO is more step in proving the power of everywhere else.