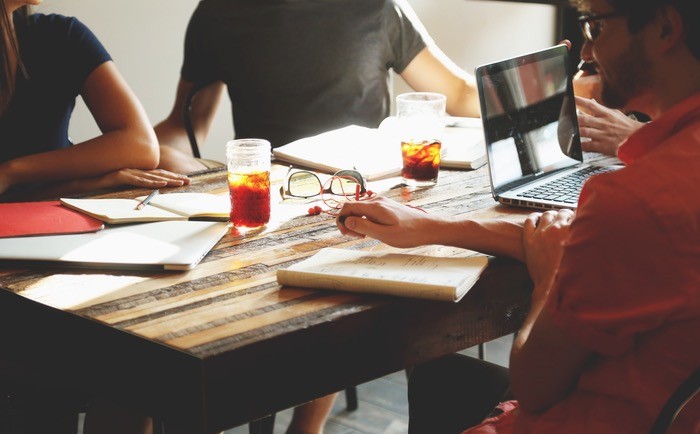 When it becomes to your business, you shouldn’t underestimate just how beneficial it can be to have a group of workers who aren’t just individual employees, but a proper team. It is every manager’s dream to have a workforce with individual skillsets that complement each other well, a team that can be given a task and work towards it efficiently. Doing it this way maximizes your output and also limits the niggling problems and conflicts that can derail teams. But how do you do it, when it’s unlikely to happen by itself? We take a look below.

This probably won’t help improve your current team, but it will make things easier moving forward. If you hire the right employees then it’ll be all the more straightforward to foster the type of workplace you want to create. When hiring, remember that an employee is about much more than just what they can bring to your business. An employee who has a stellar working background but who has trouble getting along with others might cause more harm than good. When you’re considering which potential employee you should hire, make sure you’re factoring in their interpersonal skills as well as their work attributes. If you don’t, you’ll soon realize you’ve made a mistake.

If things seem to be a little disjointed in the workplace, don’t just sit back and bemoan your bad luck. Take a look at what the problem might actually be. Sometimes it is just a simple, easily corrected oversight that disrupts people’s ability to work well with one another. For example, if you have employees sectioned off into separate areas of the office then it might be that they don’t actually have all that much time to actually see each other. Even creating a shared space for breaks might be the difference between your workers chatting with one another and spending their breaks alone.

You can try everything you like in the workplace, but nothing will create bonds than a corporate event. It can be anything, really, so long as the emphasis is on having fun and/or working with one another. If you hire a corporate event venue, you’ll be giving your workers a platform with which to talk with one another in an informal setting. When people are at work they don’t really have the time to talk beyond initial pleasantries – put them all in a room and tell them to have fun and you’ll soon see friendships being formed.

Mix Things Up in the Workplace

After your social event, you should try to capitalise on the new bonds by mixing things up in the workplace and inviting new groups to work with another. All too often people end up working with the same one or two people in the workplace. Try to set a task for a new group and you might find that certain employees work better with one another than others. Ultimately, it’s all about ensuring everyone is on the same page and striving for the same goal – making your company is functioning well – and this is best if people have as large a network of co-workers as possible.

Let Teams Do Their Thing

The best way to make a team work efficiently is to…actually let them be a team. Of course, you may wish to oversee things in your role as manager, but for the most people you should be adopting a hands off approach. Teams are productive because the individual players of the team are less afraid to mess up compared with when they’re working alone, and your constant watching may inhibit this. Instead, give them as much space as possible. If they tell you that they might work best in one particular environment, then let them work there. To create a good team, your job is to give them the resources to succeed and then let them do it.

It is a two way street. If a team does manage to work well and produces results that exceed your expectations, make sure they’re rewarded for their efforts. Sending a team of employees for a day of fun or a meal is a great way to let them know that they’ve done a good job – and it’ll also further cement their bond, which will pay off in the future when you assign the same team another task. The victory that they have achieved should benefit everyone: the company, you, and them as individuals and a team.