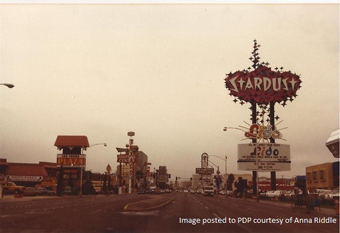 This photo was shared at the Pre-Digital Project, a New Jersey startup

The 12-12-12 concert at Madison Square Garden in New York City, last night, was broadcast to billions of people around the world. The concert was an effort reminiscent of Live Aid in 1985 or the concert to benefit victims of Hurricane Katrina back in 2005. Even before some very high profile celebrities took to the phone banks to answer donation calls, over $30 million had already been collected by the Robin Hood Foundation who will distribute those funds to victims of Hurricane Sandy.

Halfway through the concert we received a tweet asking if we could do a simple RT for a New Jersey Startup called Pre-Digital Project.  After checking the startup out a bit we decided to not just RT them but report on what they’re doing and how it’s connected to events like Hurricane Sandy.

Although they launched in June, a couple of months before Hurricane Sandy ravaged the mid-atlantic and north eastern United States, world changing events highlight one of the purposes behind the startup.

The Pre-Digital Project is a “then and now” photo archive to show off old photos of locations, landmarks and places. The site shows off user submitted photos dating back to the 1800’s from across the country. It’s a crowd-sourced pre-digital, digital archive, which is of course where the startup took it’s name from.

A lot of the photos are from New Jersey and surrounding areas and others are from as far away as London and the Philippines.

The digital archive has a unique spin and it’s great to have everything all grouped together. Some of the more popular photos include photos of the New York skyline prior to September 11th.  Others highlight monuments like Buckingham Palace and the Bay Bridge in San Francisco.

There are also several photos of Atlantic City, the Jersey Shore and parts of New York that were beaten down by Sandy. Many images that could never be captured again. Through the Pre-Digital Project, users can save their memories and share them with other people for decades to come.

Here are more startup stories from nibletz, the voice of startups everywhere else.

Make sure you make it to everywhereelse.co The Startup Conference. It’s the largest startup conference in the U.S.