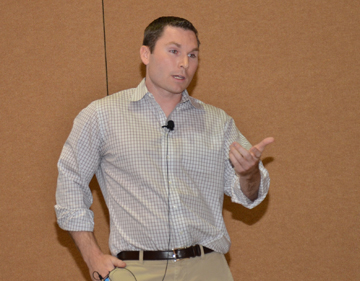 The members of the U.S. armed forces are heroes. Going all the way back to the revolutionary war, and the military that helped deliver our freedom to the British, to those troops that have helped curb the unrest in the middle east, time and time again we honor them by calling them heroes, recognizing military at events and in tributes on all types of media.

Another way that we, as American’s, have honored those who are willing to give the ultimate sacrifice in our military, is by giving them military discounts and other benefits in a civilian context at retailers, restaurants and services across the country.  In some cases these tiny tributes can result in saving our military heroes a little extra time, a little extra money and a little extra pain in day to day civilian life.

Unfortunately wherever there’s a discount program, or a benefits program, there’s also the other side of Americans, those trying to cheat and game the system. In the online world, it makes it hard for online retailers to offer discounts to military because they can’t tap into the government database to validate veterans past and present.  While some online retailers have felt the benefit to recognizing the veterans is worth the loss they take in discount fraud, other companies just can’t afford it.

Traditional offline retailers, restaurants and services don’t have the same problem. They can recognize veterans by their uniforms and in some cases by their military ID cards. Online sites can’t see either.

That’s why DC area entrepreneur, and veteran, Blake Hall has created Troop ID. This startup serves as a validation clearing house for military personnel and they are able to do this not with some top secret government clearance and access to the official database, but by leveraging partners like USAA.

Hall already has several partners lined up who are using the system to validate military personnel and open up avenues to offer them discounts and speedy service. He has also given the use of the Troop ID service free to Startup America for their veteran’s initiative launched in November 2012.

Hall got the chance to pitch a team of judges during the Launch.It showstoppers event at CES 2013. This event included special guest judge, the world renowned Guy Kawasaki.

Watch Hall’s pitch video below and hear about the milestones he’s achieved in a short time since he started working on Troop ID.

Several veteran founded startups will be in the Startup Village at everywhereelse.co The Startup Conference