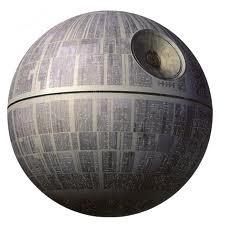 “This Isn’t the Petition Response You’re Looking For

If a petition is started on the website and it garners more than 25,000 signatures by the people within 30 days, the White House will respond to the petition.

On November 14, 2012 a petition was created to “secure resources and funding, and begin construction of a Death Star by 2016.

In accordance with the We The People program guidelines the petition garnered over 25,000 signatures. The White House dignified the petition with a well thought out response. While the response was a bit witty it also highlighted some of the advancements the U.S has made in the space program.

Paul Shawcross, Chief of the Science and Space Branch at the White House Office of Management and Budget, began the official White House response:

The Administration shares your desire for job creation and a strong national defense,” begins Shawcross, “but a Death Star isn’t on the horizon.” He cites a Lehigh University study that calculated that a Death Star would cost a deficit-exploding $852,000,000,000,000,000 (that’s $852 quadrillion), notes that ”the Administration does not support blowing up planets,” and rightly points out that it would be foolhardy to build a space station “with a fundamental flaw that can be exploited by a one-man starship.”reported Entertainment Weekly

Petitions ranging from seceding from the union, to a petition to get Pierce Morgan deported.