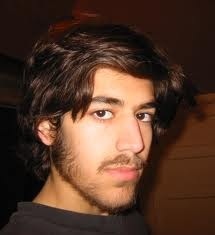 The 26 year old founder of Reddit died yesterday in New York. Aaron Swartz was reportedly dealing with depression which was compounded by a July 2011 indictment for hacking JSTOR.

Swartz, often considered by many as an Internet pioneer, had allegedly set up a laptop in a closet at MIT with the intent to take the pay wall protected JSTOR content and distribute it for free. It’s believed that Swartz’ hack was why JSTOR moved to a more liberal freemium model.

Swartz appeared in court September 24, 2012 where he plead not guilty.

Swartz began his tech career at 14 when he co-authored the RSS 1.0 specification widely used today. He also founded Infogami which eventually merged into Reddit.

“The tragic and heartbreaking information you received is, regrettably, true,” confirmed Swartz’ attorney, Elliot R. Peters of Kecker and Van Nest, in an email to MIT’s The Tech