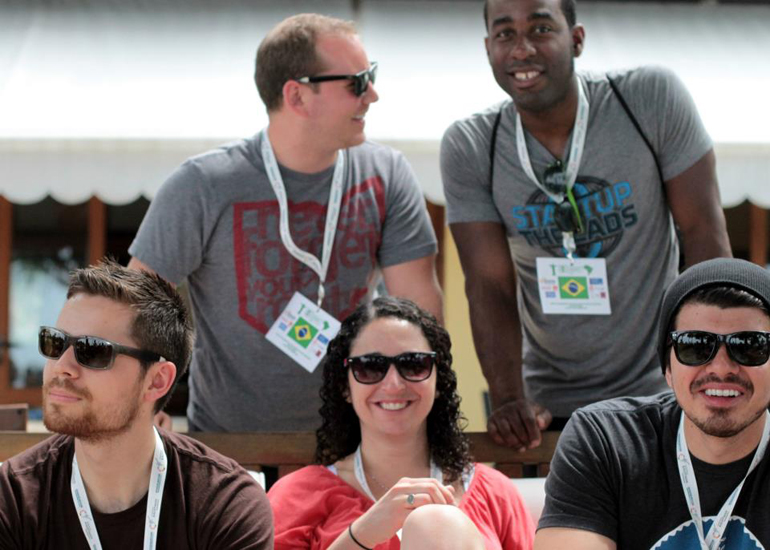 We’ve got some great news to report this Friday morning! Indianapolis bad ass startup chick Denver Hutt says she’s feeling up to speaking in a couple of weeks at Everywhere Else Cincinnati.

Hutt is a true startup champion. She’s a connector, an entrepreneur, and a startup junkee. The native of Santa Monica, California moved to Indianapolis for college and by choice stayed there to start pursuing her entrepreneurial career, which includes running the Speak Easy startup and coworking space.

She’s been a hustler all of her life right up until, and now through, the point where she was diagnosed with cancer. When (with her permission) we first reported the news back in May the startup world was devastated. Hutt is a person who’s known to go to as many events as she can. She’s a networking machine, and she really gets things done.  Her story also became a lesson for entrepreneurs with the go-go-go lifestyle to take a minute to take care of ourselves.

Prior to this news Hutt was one of the first women featured in our Bad Ass Startup Chicks spotlight.

While Denver is putting up a tremendous fight, the way only a die hard entrepreneur could, she’s unfortunately not out of the woods just yet. Fortunately for us though she’s well enough to make the trek from Indianapolis to Cincinnati for Everywhere Else! She is looking forward to reconnecting with many people that she met at our Memphis conference back in February.

We ran a follow up piece in August and challenged Denver to make it to the conference.We’re so glad she’s accepting the challenge!

What? You don’t have your Startup Avenue booth or Attendee ticket yet? Get them below.