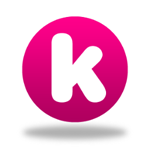 You gotta love it when startups name themselves after exactly what they do. That’s the case with Berlin startup Kittysplit. The company, founded by Caspar Wrede and a team of four friends have found a way to split checks, and settle up when more than one person is paying for anything from a meal to a bar tab to a weekend holiday.

The app uses an easy three step wizard for splitting up the “kitty” and it’s free of charge.

When asked how they came up with the idea for Kittysplit, Wrede told nibletz.com “The ski trip where everyone has a different mix of how they got there, where they stayed, and what they ate — splitting the costs afterwards was a huge headache. The shared apartment whose expenses are kept via a mind-bogglingly complex Excel spreadsheet. We searched in vain for a painless solution online. Finally, the 5 of us got together, drank beer and stroked our chins, and set out to to make splitting costs as easy as humanly possible.”

For now the platform is web based. Wrede says an app is in the works but he wants to make sure that the mobile app doesn’t complicate things.

Check out the rest of our interview with Wrede below.

Kittysplit is a web-app that allows groups of friends to settle up after (for instance) a shared holiday. Kittysplit makes it super easy to work out who owes what.

It consists of a three-step-wizard to walk you through the process, with a link to share with everyone who was there. There is no registration and it’s free of charge.

Let’s say Jack, Jane and John go on holiday together. They all have expenses during this holiday:

Jack paid 150€ for the rental car which is shared between everyone.

John paid 65€ at the restaurant and 30€ at the bar, shared between all of them.

After the holiday they can use Kittysplit to work out who owes what: Jack begins by creating an event and adding his expenses. He then sends a link to Jane and John. They can enter their own expenses and then Kittysplit will tell them who owes money to whom. And it’s all done in a jiffy!

Pepe, also a product manager and also a frontend guy

We are a group of friends from Berlin and we thought this would be something fun to do to get through the long winter.

Berlin. To be more precise, Kreuzberg, a rather laid-back area in an already laid-back city.

A lot has been written about the startup scene here in Berlin so we’re not going to add much to that. Let’s say it’s still growing, very exciting, possibly over-hyped and no one really knows where it’s going to end up. A bit like a startup really.

What problem does Kittysplit solve?

The problem we solve is that splitting group expenses before Kittysplit required creating an excel sheet or registering for a website or downloading an app.

With Kittysplit, splitting group expenses is easier that it has ever been before.

Our secret sauce is keeping things as simple as possible, but no simpler. We assume that everyone in a group trusts each other because they are friends. This allows us to throw out a lot of use-cases. There is no registration, we have a wizard-like user interface that is optimised for understanding (as opposed to optimized for speed). We have no extra features and no cruft. Everything in the user-interface has been slimmed down to the core and all the shiny fat stripped away.

We are boostrapped. We developed Kittysplit in our spare time. So far we have had almost zero server and maintenance costs, thanks to the awesome Google App Engine.

So far we’ve achieved one milestone, which is launching the site! That was 2 weeks ago. Since then we’ve been gathering feedback and planning the next steps.

Our next milestone is optimizing for mobile. Speaking of mobile, we don’t plan on releasing an app any time soon. There are already many mobile apps for splitting expenses but in our opinion they all suffer from the same problem: needless complexity.

The next feature to launch will be optimized settlement suggestions. These can prevent many small payment transactions from taking place.

Making things really really really simple. We threw away code when we realised we could make things even simpler. Also, resisting the urge to make cool nice-to-have features and focussing on the core problem. Sometime we wake up in the night thinking, “dang, can we make it simpler still?”

Our role model is definitely Doodle.com. Those guys know how to build a simple, painless user-flow. They gave us the idea of ditching the need for registration altogether.

Well, we’ve only just seen the light of day. I guess there’ll be some soiled nappies and some teething problems next. Hopefully we’ll see a long phase of quiet, steady growth. We’re not thinking beyond puberty yet.

Startups from across the country and around the world will be showing off at this startup conference, get your tickets before it’s too late.