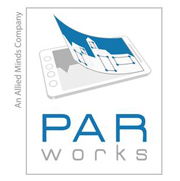 Augmented reality has been a hot space for startups for the last three years. Now in 2013 it’s starting to expand outside of just cool games. One Boston startup, PAR Works, has done some amazing things with augmented reality and for that they’ve received two pre-show honors from SXSW.

First off the company was selected as a finalist for the mobile technology category at the 5th annual SXSW accelerator competition. The competition is one of the biggest events as part of SXSW Interactive’s Startup Village.  Startups showcase some of the most impressive new innovations to a panel of handpicked judges and a live audience. More than 500 companies submitted to present at SXSW Accelerator, where PAR Works was selected out of 56 finalists in seven different categories.

The company’s MARS mobile application, which will be unveiled for public beta for the first time at the SXSW Trade Show, also was named a finalist in the SXSW Interactive Awards. This competition uncovers the best new digital work while celebrating those who are building the interactive trends of the future. The ceremonies for both awards will take place at the SXSW 2013 conference in Austin next month.

MARS is the first technology to offer instant 3-D recognition for products and places, allowing companies to offer content to consumers the instant they take a simple photograph. Available to operate on either Android (version 2.3 or above) or iOS (version 5.0 or above), MARS quickly and precisely delivers on-demand branded content to users, a technology that has become increasingly important as more consumers and businesses adopt, and become dependent on, mobile devices. The speed and millimeter-level accuracy of the image detection and content overlay in MARS is unparalleled.

“Businesses and consumers will be able to experience for the first time at SXSW the power of our MARS technology, which will allow brands to find even more ways to engage with their customers through any mobile device, anywhere,” said Dr. Jules White, co-founder and Chief Scientist for PAR Works. “We would like to thank SXSW for the unique honor of being nominated for both awards this year.”

See more of our team coverage of SXSW 2013 here