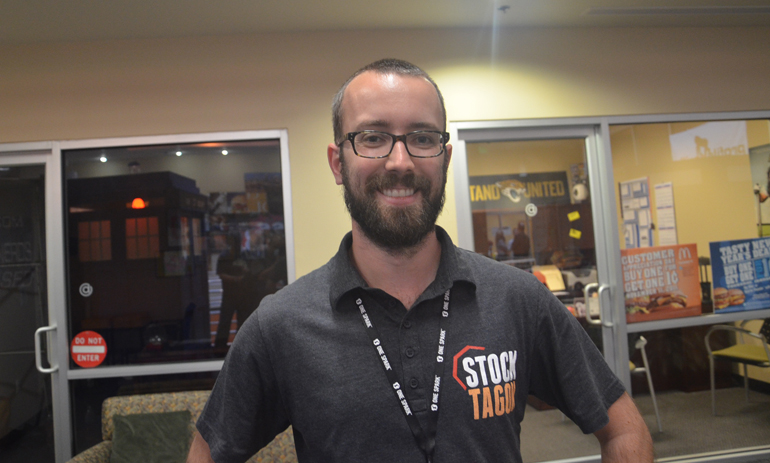 We got a chance to talk with Paul Irwin the founder of Florida based startup Stocktagon.

Stocktagon is a research tool that combs press releases, earnings call notes and other media and press information to help the user find relevant information about stocks. For instance, with the recent fertilizer crisis in Texas, you could use Stocktagon to research the word fertilizer and it would show you what publicly traded companies were mentioned in stories about fertilizer. It would also show you the context for which those stories mentioned your search terms.

While in beta now, Irwin hopes to offer Stocktagon to individuals, big brokerage houses and everything in between. Information has always been a powerful tool when stock and commodity trading, and tools like Stocktagon make it even easier to find that information.

Stocktagon was in the first batch of companies to go through The Factory accelerator in St. Augustine. The Factory was started by Vaughn’s software development company Feature[23] which gives them a unique position as they leverage the development side of Feature[23] to help build the accelerating startups.

With a 10 year background in finance, including a stint at Deutsche Bank, Vaughn is particularly bullish on Stocktagon. “I can’t wait to show it off to my friends in fiance” Vaughn said when we spoke with him at OneSpark. Vaughn plans on leveraging personal relationships in the finance community along with some of his connections to get Irwin and his team in front of the biggest financial companies in the world.

“Big companies can be leery of startups like Stocktagon and ProfileGorilla” Vaughn said. That’s typically because a large company would have to change the way they use another form of technology to incorporate a new startup. Many big companies are hesitant to do that because some fear that startups will run out of money, and won’t be able to pay development costs. With The Factory the development portion is already built in.

Stocktagon was one of seven startups housed at The Dalton Agency during OneSpark. We’ve already interviewed cohort mates RestroomAlert and ProfileGorilla.

Check out our video interview with Stocktagon below and for more info visit stocktagon.com