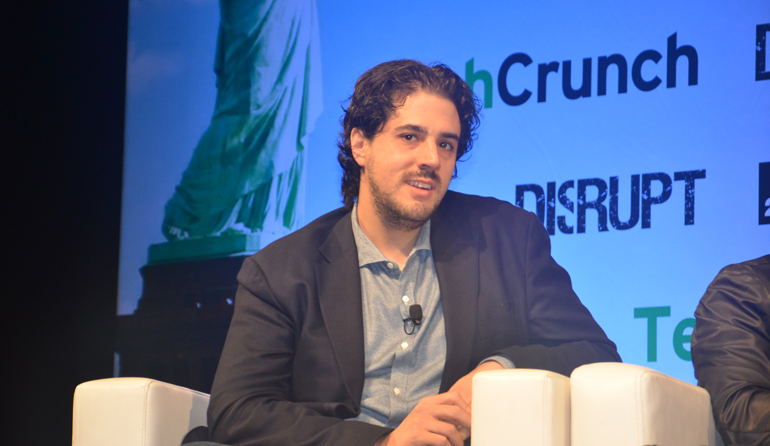 Alexia Tstotis sat down with a pretty powerful VC panel at TechCrunch Disrupt NYC 2013 on Tuesday morning. The panelists were Mike Abbott (Kleiner), Aaref Hilaly (Sequoia), Naval Ravikant (AngelList) and David Tisch (Box Group, former Techstars NY).   Tstotis asked some great questions of the panelists and overall the panel shed a lot of light on the world of VC, especially for young entrepreneurs and startups.

Tstotsis final question revolved around women in technology, startups and entrepreneurship.  Everyone wants to know what will help even out the amount of venture capital going to women founders, as their male counterparts.

Overall the number of women involved in VC and angel backed startups has been increasing. Lot’s of attention lately, has been focused on women run, and founded startups. We even feature a “Bad Ass Start Up Chick” on a regular basis here at nibletz.

At the panel though David Tisch, who’s known for speaking his mind and off the cuff, got applause from the audience when he talked about one of the biggest problems women face when in the meeting, pitching the VC.

“VC’s that tell a woman founder, let me ask my wife…It’s total bullshit” and he’s right. For years there have been women led companies, women focused brands, and women focused technologies, this is nothing new. Tisch felt it was off-putting and a total cop out for VC’s to say this, but as he points out, it happens all the time.

Check out the video clip from this morning’s panel below.

Check out more of our TechCrunch Disrupt NY 2013 coverage here.