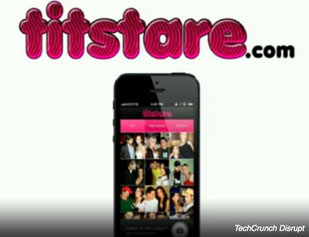 TechCrunch is known for pushing the envelope. They are also known for their sometimes snarky editorial and for breaking stories no matter how sensitive they are. They don’t play favorites, and in some circumstances a startup can live or die by the TechCrunch pen. Throw founder Michael Arrington back into the mix, and it’s no holds barred tech and startup journalism.

Sunday was no different, even when all eyes were on the AOL-owned tech site and its legendary Disrupt conference and hackathon.

The TechCrunch Disrupt Hackathon typically starts the weekend before a TechCrunch Disrupt conference. We’ve been to several and out of their events comes amazingly good content. We had to sit this one out because we are too busy planning Everywhere Else Cincinnati.

In true hackathon fashion, hundreds of hackers spend the weekend seeing if they can solve the world’s problems with technology, or at least make life more fun.  An Australian team that came up with an app called Titstare and another hacker whose app was called “Circle Shake” were attempting the latter.

This week TechCrunch Disrupt is home in Silicon Valley. Their late spring New York event is usually chock full of top notch investors, supporters, and even AOL executives. The Silicon Valley (San Francisco) event draws a similar crowd and some of the more notable Valley investors who often rely on and trust TechCrunch when judging a startup’s traction. In other words, both apps were quite an embarrassment for TechCrunch.

No worries though, co-editors Eric Eldon and Alexia Tstotsis jumped into action and quickly issued this apology to all of TechCrunch’s readers and supporters, ending it by saying:

“Trust us, that changed as soon as we saw what happened at our show. Every presentation is getting a thorough screening from this hackathon onward. Any type of sexism or other discriminatory and/or derogatory speech will not be allowed. You expect more from us, and we expect more from ourselves. We are sorry.”

What makes this story even more significant is the air of sexism in technology and startups, even hitting home with TechCrunch. Earlier this year a woman falsely accused TechCrunch founder Mike Arrington of sexual harassment and abuse.  Last year, former Kleiner Perkins Partner Ellen Pao sued the firm for sexual harassment, a story that was widely chronicled by TechCrunch.

There’s also the notion of the startup/digital/technology divide and the unfair treatment female founders get when talking to VC’s, an issue which Box Group’s David Tisch and Sequoia’s Aaref Hilaly addressed on stage at TechCrunch Disrupt NYC back in May.

For more info read this and this.