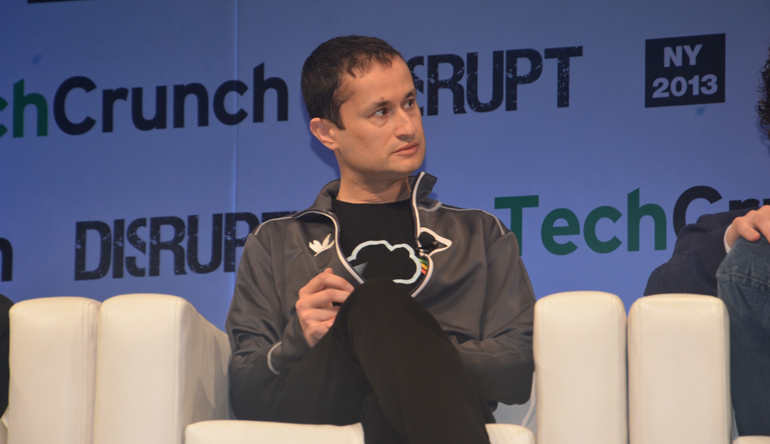 On Tuesday at TechCrunch Disrupt, co-editor Alexia Tsotsis moderated a VC panel with Mike Abbott (Kleiner), Aaref Hilaly (Sequoia), Naval Ravikant (AngelList) and David Tisch (Former Techstars now Box Group). The panelists discussed everything from what they are looking for in startups, to who should pitch them. At the end of the panel they discussed the big discrepancy in women vs men in the venture backed world.

On Tuesday we showed off this clip of David Tisch, talking about one of his biggest pet peeves about VC’s and women entrepreneurs. He’s witnessed (and so have many of our followers), VC’s tell women entrepreneurs that they need to bounce the idea off their wives. Tisch, called it like he saw it saying this tactic was bullshit. You can see that video here.

Abbott basically said they’re looking for the best ideas from the best people and those people could be men, women, black, brown, white, green or polka dotted, it doesn’t matter. Which is a really good position to take.

What Hilaly pointed out was the fact that we need more women engineers and more women entrepreneurs. At one point he challenged everyone in the audience to learn how to code.

Hilaly cited a statistic that only 12% of computer science graduates are women and that number needs to be more like 50%. There are great programs out there empowering women, at the youngest ages, to learn how to code. Code Academy and Girls who code clubs are great. Hilaly challenged everyone in the audience to help launch a Girls Who Code club at their local high school. Obviously, computer science needs to be embedded in anyone at an early age.

“If you have a daughter ,niece or friend, encourage them” Hilaly told the audience that this gap in computer science fields is a problem that everyone can help with.

Check out the video clip below.