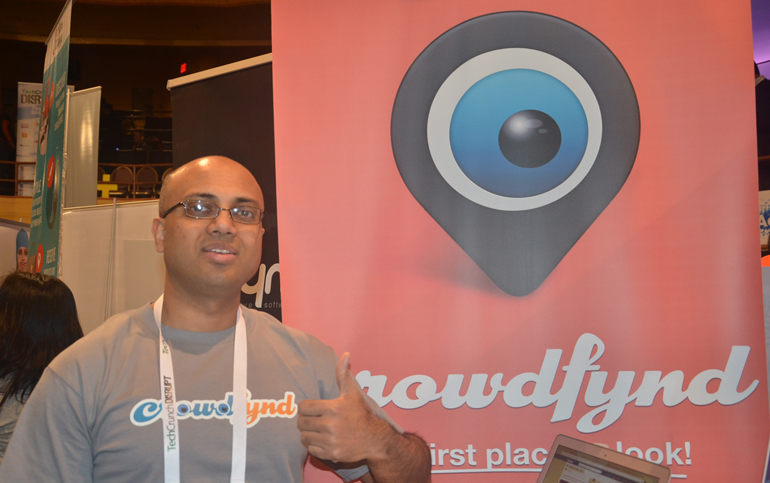 Lost and found is pretty boring and in a lot of respects, un-effective says Pinaki Saha CTO and co-founder of Chicago startup Crowdfynd. Currently, the traditional vehicles for lost and found are not nearly as effective as they could be using the broad scope and reach of the internet.

Unfortunately too many of us know the ritual of printing out signs for a lost dog or cat and stapling them to every tree and lamp post in the neighborhood. We also know too well that losing something of value can prove fruitless unless you happen to stumble upon some very honest people. In other cases, items that some people have lost are extremely valuable to them, and could be perceived as junk to others.

Sure there is a lost and found section on Craigslist but even the most regular of Craigslist users don’t check that section everyday. So why not create an app for that.

That’s what Crowdfynd is all about. It’s a social platform and community using the crowd to help locate the things you lose or find. It can also be used for crime reporting. 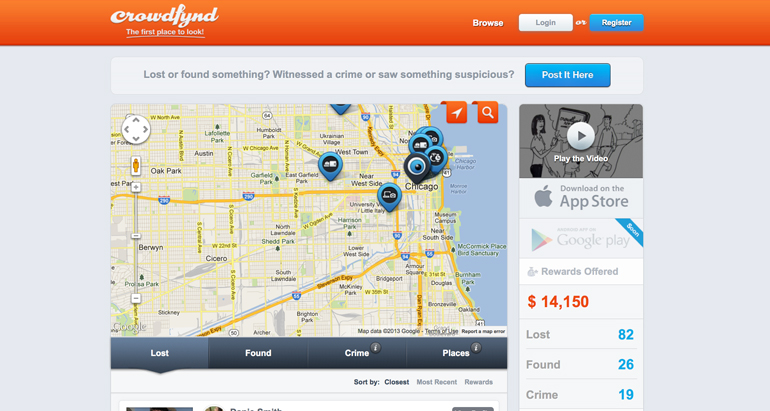 Saha says that Crowdfynd offers social, local, mobile and 3.0 components to make it stick. They also have a reward platform as well. People who lose items can offer a reward and collect it through the system insuring the safe return of the item. Saha has found people are offering rewards in the hundreds of dollars. He says that cat owners are offering rewards in the thousands of dollars.

They also have an offline hybrid where someone who loses something can print out signs to hang up in the neighborhood that directs them back to their Crowdfynd page.

People are chiming in because there’s a “Goodwill” factor about helping people. Crowdfynd is also hoping to partner with businesses too like cab companies, airports, hotels and restaurants where people are known to lose things.  They hope by building up their network that they can be the one destination for people who lose and find things.

In order to do this though, Crowdfynd is going to need to build tremendous scale, very quickly. Saha says they’re prepared for that and have a lot of money they are going to invest in marketing and getting the name out there.  They plan on unveiling the service in Los Angeles, New York and San Francisco to compliment their first market, and their home market, Chicago.

Check out our video interview with Saha below and for more information visit crowdfynd.com

You can find more of our startup coverage from TechCrunch Disrupt NY 2013 here.