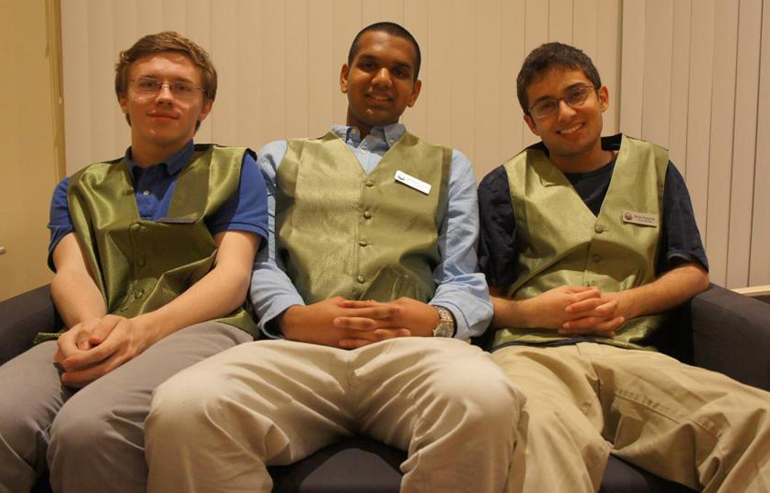 Last year, one of the most exciting startups in the 2012 class at The Brandery startup accelerator in Cincinnati, Ohio was FlightCar. The startup, made up of teenage MIT dropouts. had a revolutionary idea. With FlightCar, instead of paying to park your car at the airport, you could rent it out to somebody else, making money rather then spending it.

After honing their branding, image, and product at the Brandery last summer, the FlightCar team secured a huge insurance policy, follow on funding, and their place in Y-Combinator. In April, after Y-Combinator’s demo day, the trio raked in another $5.5 million dollars in venture capital.

FlighCar quickly began testing their model at Oakland Airport and soon after rolled out service to San Francisco International Airport.

That’s when the trouble began.

Insidebayarea.com reported on Wednesday that the startup is being sued by the city of San Francisco. San Francisco City Attorney, Dennis Herrera, is accusing FlightCar of dodging fees, undercutting competition, and not adhering to rules which include payments by car rental companies back to the airport.

The kicker, though, is the fact that FlightCar actually operates off a lot not located on airport property. FlightCar’s co-founder and Chief Operating Officer, Kevin Petrovic, who isn’t old enough to rent a car himself, told insidebayarea.com “I think they have a lot of pressure from rental car and airport parking companies,” he said. “We do take away some of their business.”

Herrera is counting on ordinances that say SFO is entitled to collect fees from rental car companies that primarily serve it’s travelers even if the rental operation is not located on SFO property.

Petrovic defends FlightCar by saying they aren’t an actual rental car company and hotels and restaurants surrounding the airport don’t pay fees to the airport.

“FlightCar has refused to comply with any of the rules,” Deputy City Attorney Jennifer Choi said. “We want the court to order them to comply with the law.”  The city also points out that FlightCar doesn’t currently hold a commercial ground transport permit or an off-airport business license.

FlightCar has been operating in Oakland and Boston without incident, so far. Outside of this lawsuit from the City Of San Francisco, people seem to like the idea of renting out their car for money rather than spending it. In addition to the rental fee, FlightCar cleans and washes each car before and after the rental and insures that you get to and from your car without hassle.

For more info on FlightCar, check them out at flightcar.com