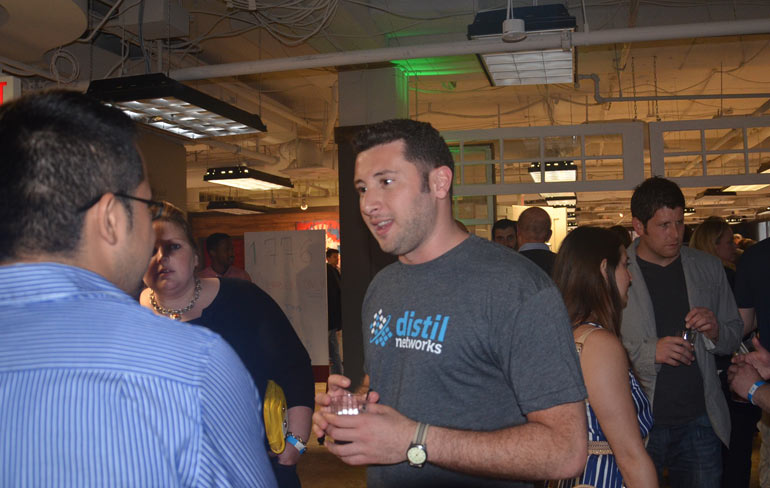 We were in Washington, DC and Baltimore last week as part of the Sneaker-Strapped Startup Road Trip. That’s where we ran into Distil Networks CEO and co-founder Rami Essaid. A few days and 665 miles later, we’ve run into Essaid again, this time at Southland in Nashville, Tennessee.

Distil Networks was one of 50 regional startups chosen to exhibit at Southland’s Startup Village. They were also one of 20 startups selected to pitch onstage at the conference as well.

We first reported on Distill Networks back in August when they were going by the name Distil.it. Since then, they’ve added more features, more employees, more users and changed their name to Distil Networks.

The company offers a very useful service. Through a simple line added in a websites DNS entry, Distil is able to quickly check a website and identify and disable “bots” that can often pirate content, hype statistics, and do other aggravating things. Their technology allows content sites big and small to function faster and stop worrying about their content being auto-posted to thousands of blogs world wide.

One of their customers is the site ripoffreport.com. Ripoffreport came to Distill because they suspected that bots were stealing their articles. One quick analysis and Distil found out that they were correct, but that was just the beginning. After turning Distil’s service on they found that they were stopping 50,000 malicious bots a day that were reducing their server load by a whopping 70%. Distil increased the site’s load time by 50% and by stopping the theft of their content, for the first time in years, ripoffreport saw an increase in visitors to their site.

But malicious bots aren’t just about stealing content and hogging band width. As Essaid says in his Southland pitch below, malicious bots steal e-commerce site data, post fake posts to forums, auto-click on ads and other things that are harmful to businesses who rely on their server infrastructure.

Check out Essaid’s full pitch at Southland below and for more information visit them at distil.it

Here’s more coverage from Southland 2013 at Nibletz.com The Voice Of Startups Everywhere Else.