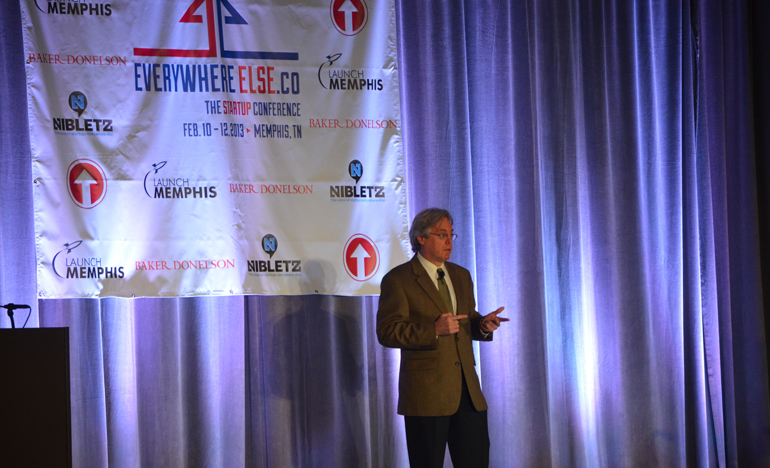 For the inaugural everywhereelse.co The Startup Conference,  over 2000 entrepreneurs, founders, investors and media registered for the first ever conference dedicated to startups outside Silicon Valley “everywhere else”. Although there was a huge winter storm event over the northeast part of the country over 1280 attendees filled the halls of the Memphis Cook Convention Center to enjoy three days of networking, keynotes, panels, fireside chats and some unbelievable night life. 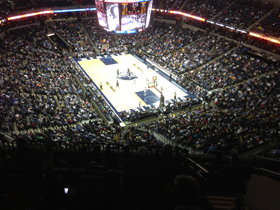 All attendees at everywhereelse.co The Startup Conference received a free ticket to the Memphis Grizzlies vs Minnesota Timberwolves

Panels included topics like “raising money everywhere else”, “kick ass female founders from everywhere else”, a workshop with Cooper and Vlaskovits, Branding with the Brandery and so much more. All of the programming was geared towards early stage to series A startups that face the common problems of not growing up in Silicon Valley, and to some degree New York. These startups have a  different subset of obstacles and we navigate them together.

The overall goal of Everywhereelse.co The Startup Conference and Nibletz, the voice of startups everywhere else, is to help startups stay home and grow their own communities.

EE2014, everywhereelse.co The Startup Conference 2014, is already generating a lot of buzz. Over 200 folks have purchased tickets and startup booths. To that end, with “everywhere else” in mind we make it very easy for bootstrapping startups to afford to attend the three day event. Tickets are currently on sale for $59 (last years price) but will increase by the end of the month.

hundreds of attendees poured into the clubs on Beale Street for the “Grasshopper Bar Hop” after the Grizzlies game.

Startups can exhibit in our Startup Village which includes the booth, table, chairs, and pitching on the main stage. It also includes a total of three attendee tickets so your team can attend. The early bird discount is $395 and also goes away later this month. The best part is we are a startup ourselves and now that things change so the Startup Village booth is fully refundable less $75 up until December 31, 2013. The Startup Village booth is intended for early stage startups through Series A. Longer tail startups should consider a sponsorship.

EE2014 will be held February 17-19th 2014 in beautiful Memphis Tennessee, a beacon for entrepreneurship “everywhere else”. We are planning shoulder events for the 16th as well as the weekend leading up to the event that are out of this world. Also, developers can count on a hackathon this year.

For those traveling to Memphis (which is most of the attendees and startups) our hotel discount this year is $109 at the Marriott Downtown which is conveniently located across the street from the convention center with a foot bridge.

Also new this year, we’ve partnered with American Airlines for a great discount. If you’re flying into Memphis for Everywhereelse.co, book your travel as early as possible and use the promotion code  3824AA. Make sure you sign up for American Airline’s Busines ExtrAA program while you’re at it to let this trip count!.

This year we’re pleased to announce that all attendees registered by June 30, 2013 will be able to access three summer webinars in our summer learning series absolutely free. We will have a branding webinar with archer>malmo, an accounting webinar with The Marston Group and a sneak preview of Legaleeze, one of the most popular panels at last years conference, with Baker Donelson. 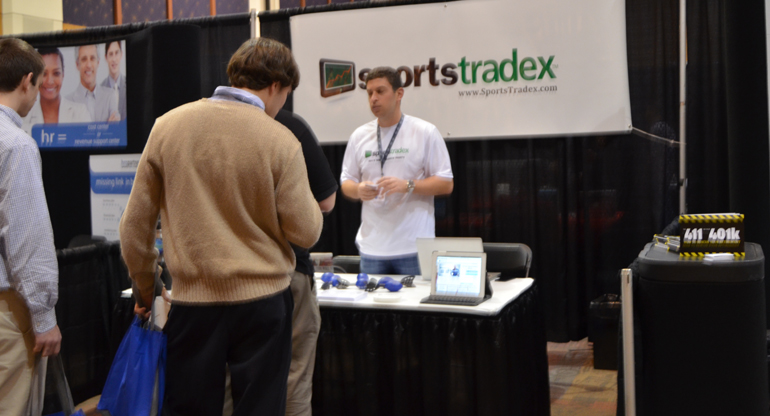 You can register for a startup Village booth by using this buy it now button below which includes:

If you’re looking to attend everywhereelse.co The Startup Conference 2014, here’s the discount button for that. Both discounts end later this month.