The stories about Mike Jeffries,the king of retail douche baggery, have been all over the interwebs over the last two weeks. That’s when he went on the record saying that he doesn’t sell his clothing to plus sized women and that Abercrombie is elitest and only wants a certain kind of customer.

This has prompted a wide range of reactions across the country. Boycotts, meme’s, and the latest endeavor, one social entrepreneur’s way to get back and give back. 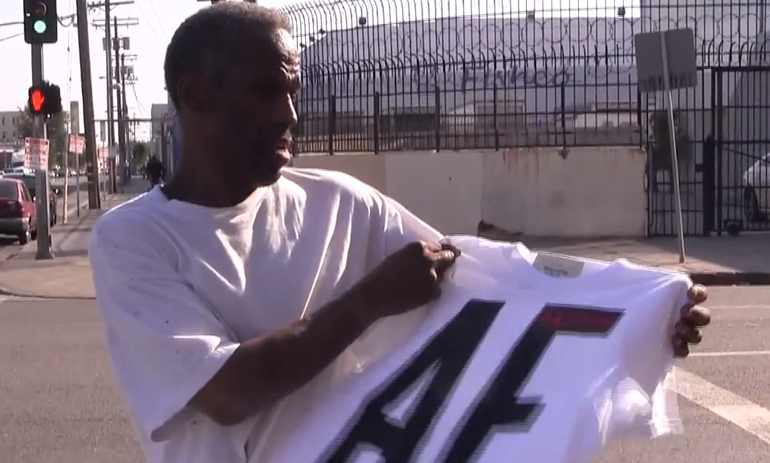 Los Angeles based Greg Karber, who bills himself as a writer, philosopher, performer, video maker, cultural critic and entrepreneur set out on a journey in hopes that others will join him.

He went into a Los Angeles GoodWill store and bought up their entire inventory of Abercrombie and Fitch clothing, in a variety of sizes and styles. He then set out to L.A.’s skid row, an area with one of the largest homeless populations in America and started giving away the clothes.

In the video below Karber says he can’t do it alone. He wants anyone that can to go through their closets, their friends closets and their neighbors closets and donate all their A&F clothing to their local homeless shelter. And when you do this, tag it #fitchthehomeless.