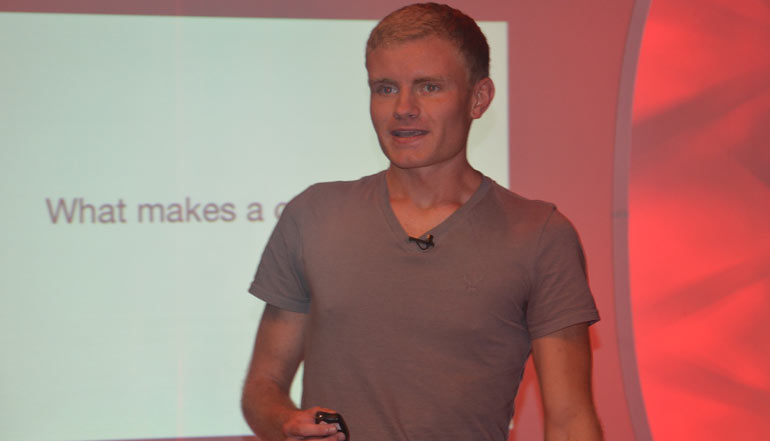 While Brad Feld’s book on Startup Communities has become a bible to many people trying to jumpstart startup ecosystems across the country, one entrepreneur has been looking at not just the startup community but the city as a whole, and he’s been doing it since he was 15.

At an age when many high school students are considering the football team, the wrestling team, or a homecoming date, Nick Arnett was sitting in on economic development meetings in his hometown of Fort Wayne, Indiana. It was there that he started working on an idea to visit 12 great cities and see what they had in common.

The project officially began in 2011 when a team of individuals, spearheaded by Arnett, went on a series of twelve trips throughout the continental United States. Arnett pointed out to a standing room only crowd at the Fireside Talks event on Monday night that Chattanooga was the first city they visited.

The group working on twelve cities started noticing three big themes that existed across all twelve cities. Arnett said it doesn’t matter if they were talking to the Mayor of Grand Rapids, Michigan or a resident in Tucson, Arizona. these three themes always come up.

Arnett really goes deep into all three of these themes in the video below. If you’re working on a startup community, do you have the city component as well? I’ve seen a lot of startup communities that are struggling because the city is still stuck in old ways. Make your city great, and your startup community will be greater.