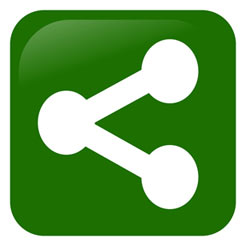 ShareThis, one of the most successful startups to come out of Cincinnati, has just announced the closing of a $30 million dollar round of venture funding.

The company, now based in Paolo Alto, has created a platform that makes it incredibly easy to share any kind of content across over 120 different social channels. ShareThis claims that they touch the lives of 95 percent of U.S. internet users across 2 million publisher sites. Whenever you’re cruising a website like AllthingsD, Cosmopolitan or any of the Food Network sites and you see the little green sharing icon that’s ShareThis.

The company was founded by native Cincinnatian Tim Schigel who before he founded ShareThis was the director of Blue Chip Venture Company, a Cincinnati based firm which participated in the startups latest round. Schigel is also the founder of the public/private partnership Cintrifuse that’s supporting downtown Cincinnati’s startup movement.

Back in April when ShareThis acquired Socialize they opened up a funding round and raised $23 million dollars. They left the round open and took another $7 million dollars before closing the round.

In addition to Blue Chip Venture Company, Blair Garrou of the Mercury Fund , Heidi Rozen of Draper Fisher Juverston and T-Venture also participated in this round. All of the investors had previously invested in the company.

Come see Cincinnati’s amazing startup community for yourself during this national startup conference!