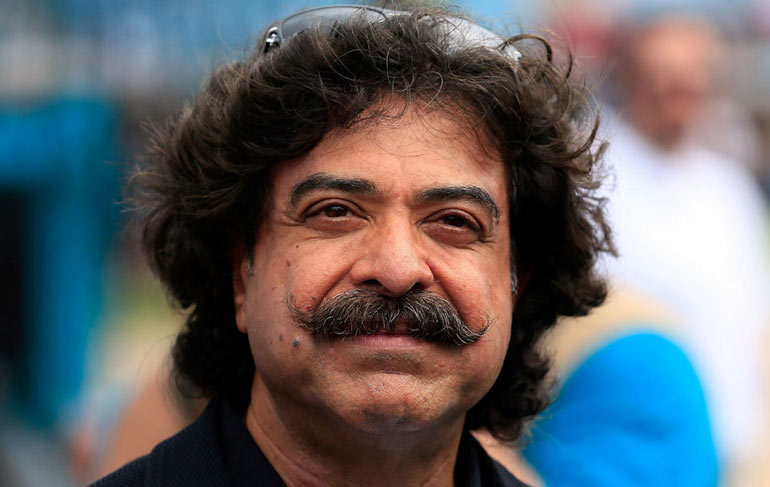 Last Spring we  were one of the national media partners for one of the most incredible startup related events we’ve ever seen. That event, the OneSpark crowdfunding festival in North Florida, saw over 130,000 attendees throughout the course of the week. The event was like taking Kickstarter or Indiegogo, pulling them offline, and putting the creators into a five day festival.

We saw startups, art projects, art installations, music projects, visual arts, and a variety of amazing, but unclassifiable ideas. All of the participants were looking for crowdfunding in person at the event and to earn the OneSpark prize money or get an investment from Jacksonville based STACHE investments.  STACHE investments is the investment arm of Shahid Kahn’s company. Kahn is the automotive entrepreneur who purchased the Jacksonville Jaguars in November of 2011 and took up residency in Jacksonville.

Since that time he has been very active behind the scenes in Jacksonville’s startup and entrepreneurial community. Khan quickly got involved with the OneSpark festival, committing $1,000,000 in follow on funding for the most promising ideas during the festival.

Late last month it was announced that not only had STACHE Investments (named after Khan’s legendary mustache) reached and exceeded their $1,000,000 commitment, but they committed to 2014 and also helped back a new accelerator in Jacksonville called KYN.

KYN will launch with four companies in its inaugural class and will leverage its resources to support numerous One Spark creators that have been in talks with the STACHE Investments Corporation. KYN has also partnered with the University of North Florida to help train students in design and development. The accelerator’s inaugural class are all businesses who participated in the wildly successful One Spark festival.

“We are impressed by the outpouring of talent we witnessed at One Spark earlier this year,” Jim Zsebok, Chief Investments Officer at the STACHE Investments Corporation said in a statement. “STACHE has provided the seed capital for KYN because we view it as an essential component of the entrepreneurial ecosystem that Elton and his team is creating in Jacksonville which began with CoWork Jax, then One Spark and now KYN. So today, via KYN we announce the 4 companies who will participate in the inaugural class at KYN and we will continue to work with several other Creators we met at One Spark who require different resources, including Heritage Farms, Workout Navigator and Chair to Share.”

The companies who participated in One Spark and are receiving funding at this time are:

Pure Treats, Floppy Entertainment, Original Fuzz, and Hatchware are the four companies who will be in the inaugural class and receive funding directly from KYN.

“This is a natural outgrowth of what we hoped to achieve with the inaugural One Spark festival, and the next step in supporting great startups in Jacksonville,” said KYN Co-Founder, Elton Rivas. “Our selection of downtown to house this accelerator is further commitment to the continued support and growth of Jacksonville’s thriving startup community in the heart of our city. We couldn’t be happier to be working with the STACHE Investments Corporation in support of the growth of this ecosystem for Jacksonville.”

In addition to the accelerator program, KYN has also announced their partnership with the University of North Florida. KYN will hire select students to participate in a semester long apprenticeship program where they will earn course credit, learn web development, and user interface and design, all while working directly with KYN startup companies.

The accelerator will soon begin selecting applications for its second 16-week class, slated to begin January 2014. All information for the application timing and process can be found on the KYN website at www.kyn.is.

“We’re focused on linking early stage companies in technology, health and fitness and hard goods with seed money, tools and great mentors to support the rapid growth of their business,” co-founder, Rivas said. “This intensive 16-week program provides access to mentors, developers and designers, workshops, work space and a collaborative community while also training nearly a dozen UNF students that could be potential future hires for these companies. It’s a great model.”

Find out more about KYN here and check out our 2013 OneSpark coverage here.

Check out this enormous conference 100% devoted to startups “everywhere else”