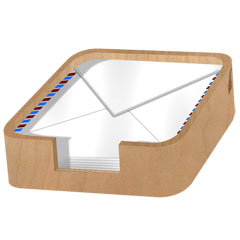 If you’re like me (or me a month ago), your inbox seems to be like a cancer that is growing faster than you can possibly lop it off. A day out of the office, or a morning of back-to-back meetings, leaves you to return to an unread email count in the hundreds. Just keeping up with your inbox could easily be your full-time job, except for the fact that it wouldn’t cross a single thing off your to-do list.

Tired of wasting time, sacrificing productivity, and putting up with inane subject lines because of email clutter? Here are five simple ways to declutter your inbox.

Stephanie Kaplan is the co-founder, CEO & Editor-in-Chief of Her Campus Media, the #1 online community for college women and marketing platform for companies looking to reach the college market.