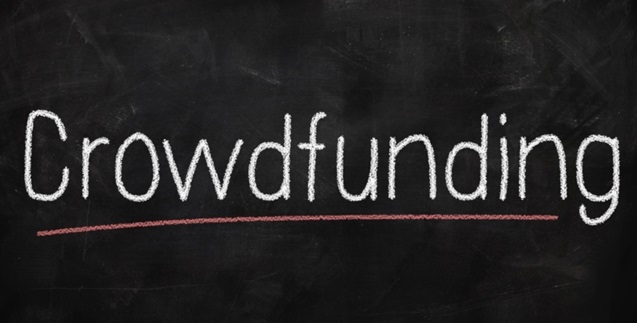 Everyday I get pitched a new idea.

Choosing which to get involved in as a mentor, investor or connector is becoming easier as my personal network grows (many thanks LinkedIn) but more importantly because the ability to mitigate risk and prove viability quickly is becoming easier.

This is not to say that raising capital is becoming easier. For those of you who read “Open Letter To Angel Investors & VCs” you will understand where I’m going with this article.

Let’s face reality. Crowdfunding is the future, and if the SEC will ever get out of the way and allow equity crowdfunding to the masses, our current recession would be over in no time. In the meantime, while the regulators argue about how we can spend our money, let’s talk about leveraging this option to both raise initial seed capital to get proof of concept.

Putting together a great campaign is a skill in itself. It requires creative thought, excellent planning, significant time spent on PR strategy and connection with social media influencers. If you are able to put these pieces together with a great product or service, then communicate it well to the target demographic, it is reasonable you can get enough funding to build your proof of concept.

In the end, it boils down to your social media influence and public relations. If those two are accounted for, your chances of success are reasonable.

In the meantime, don’t forget to put as many things in place prior to the end of the campaign you will need to build the MVP. Whether that be vendors, manufacturers or advisers.

Now let’s assume your crowdfunding campaign was a success.

In the age of 3D printing, access to manufacturing globally and web/mobile development advancements, it never ceases to amaze me how so many startup founders REFUSE to quickly build an MVP (minimum viable product) and get to market.

If your campaign is a success, you have a potential customer base built in by default. Not only can you leverage the buzz created, you also have the ability to communicate with these potential customers and get their feedback on what they would like to see. Instead of hiding everything from them until launch, just ask questions.

It is better to make modifications prior to launch, than wait for the bombardment of feedback when you are slammed with customer service, fulfillment and the other headaches which come with company growth. Making pivots is a blunt reality in business. It is better to account for them as early as possible.

Growing your business requires getting an initial client base, whether you call them beta clients, early adopters or just plain customers.

By going the way of crowdfunding and heavy engagement with your backers, you have the opportunity to build a loyal customer base full of brand ambassadors. Not only is this vital to growing the company in the short term, in context of raising additional capital, being able to showcase a rapidly growing customer base enables proving market viability to investors.

While many investors shy away from crowdfunded projects in the early stages, this position is rapidly shifting as acceptance of crowd based idea validation expands. If you are able to prove how many backers have turned into ongoing customers, you now have an extremely valuable weapon at your disposal.

Since it realistically takes 6+ months to raise seed stage capital for 99% of startups, it makes sense to spend that same amount of time planning out your crowdfunding campaign with the next step goals as outlined above.

Not only does this enable you to be further down the road prior to raising traditional capital, you also have a much stronger position in equity negotiations and might not even need it. Investors are looking for proof of concept, minimum viable product, initial customer base and growing revenue. All of these are signals of risk mitigation on their investment.

By strategically leveraging crowdfunding, you have the opportunity to both accelerate growth of your company and the time spent raising additional capital. When risk is lowered, you will be amazed at how quickly the doors can open up.

This is just a top level of things to think about when planning your entrepreneurial journey in today’s world of opportunity. I would appreciate your feedback and ideas you can share with others getting ready to make the leap!