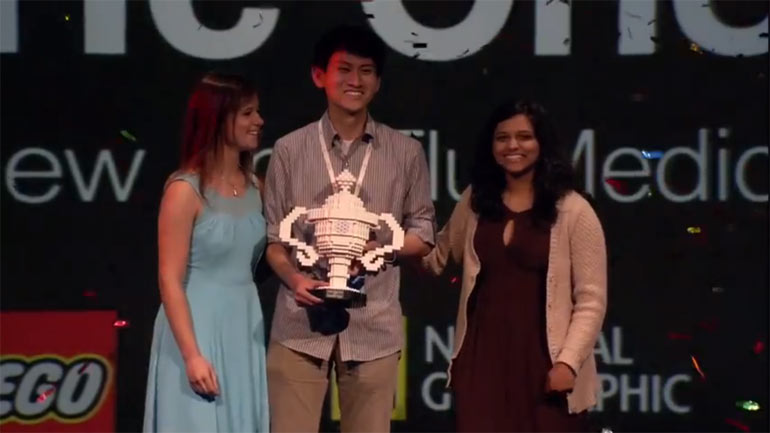 The contest brings the best and brightest of young scientists and innovators to Google’s Mountain View Campus to learn from top caliber scientists, engineers, and entrepreneurs. The students selected for the trip to Google, get to see some of the biggest tech firms up close and personal. Last year they took a trip out to the Tesla plant.

The Google Science Fair sees students that are trying to solve worldwide problems with their technology. Everything from finding a better way to filter water in rural countries, to ways to keep vacinnations at the right temperature, to flu drugs are the kinds of things that these young scientists are working on.

Google had it’s closing ceremony in Mountain View on Monday evening. It was there that each age group winner was announced. Those winners get a $25,000 scholarship and of course bragging rights to say they had won that amazing contest.

Business Insider reported that other age group winners included: 16 year old Ann Makosinski, who’s developed a flashlight that runs on body heat and 15 year old Vinay Kumar. Kumar has developed an application that makes it easier for ambulances and police to get through traffic.’

While the winners above all received the $25,000 scholarships, the other startups that participated in the “finals” received a Google Chromebook, a tablet, Lego Mindstorm kits and National Geographic and Scientific American subscriptions.

Business Insider  has all of the Google Science Fair finalists here.