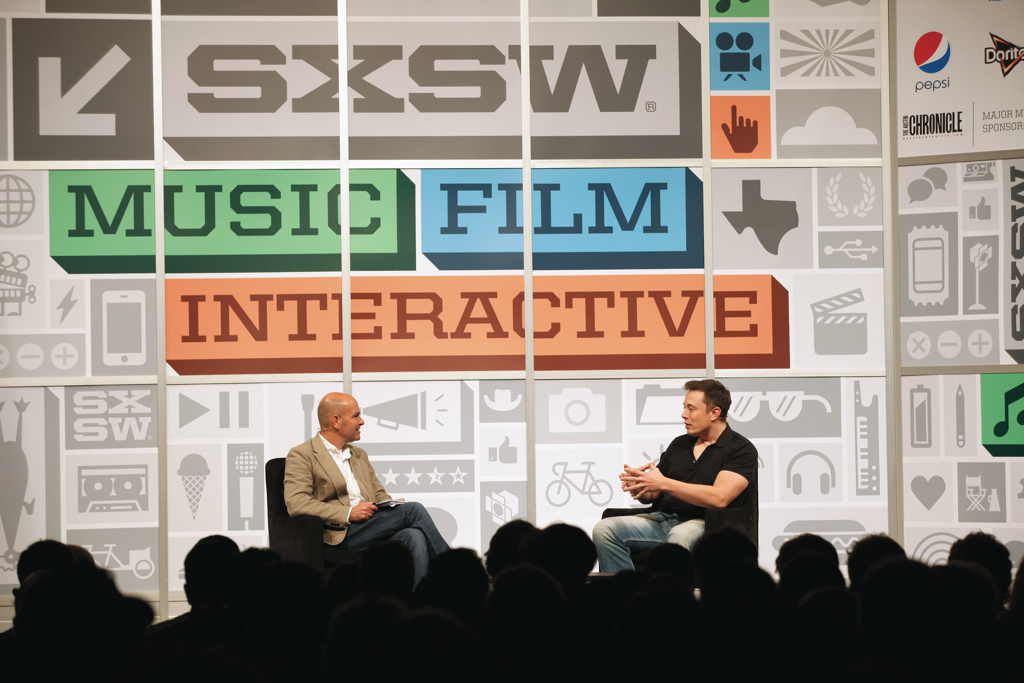 SXSW is one of the only times a year you get some of the smartest, wealthiest and most powerful people in the world all in one place in a relaxed environment. You didn’t really spend thousands of $$ to come to Austin to get drunk with a bunch of people you already know, did you? Engineering your own serendipity at SXSW isn’t that hard. All it takes is a little work, a little hustle and a little “luck” but it can get you the whole ROI of your trip in one night. I put “luck” in quotes because you create this by being prepared and placing yourself in the right positions.

Take my Saturday afternoon and evening for example. At about 5pm I was “air traffic controlled” by one of my mentors, Larry Chiang, to a private mixer being hosted by Goodwin Procter taking place at Parkside on 6th. I arrived a little early to beat the line (always smart) and grabbed a spot at the bar to wait for the festivities to begin. While waiting none other than my good friend Suraj Kumar Rajwani, Founding Partner of Double Rock VC, sat down next to me with his friend Lou Kerner, Founding Manager of the Social Internet Fund.

Suraj gave me a glowing introduction then the three of us hit it off. It turns out that I was the first person Lou had ever spoken with that had previously heard about his semi-stealth startup. This is where you could call it luck that I happen to meet Lou and happen to know about his startup, but really it’s because I put a lot of work into knowing my space very well. In this case it gave me a little more credibility from Lou.

One thing to keep in mind is how you carry yourself when with people out of your league. Being kind and respectful is a given, but what is less known is the best thing to do is shut up and listen. This doesn’t mean be silent, but don’t try to dominate the conversation or talk a lot about your accomplishments. No one cares. Instead listen, learn and interject with intelligent answers and snippets when the time is right. Trust me this can go along way.

Go With The Flow

Anyways so after Suraj, Lou and I spoke for a little while, we began to mingle at the party. They made plenty of great introductions for me (thanks guys!) including one that led to a partner at Goodwin Proctor agreeing to speak about law for startups at our next conference. Score, closing deals at the party! At this point the mixer was winding down and I figured it was time to head our separate ways.

(Alpha males at events signal cues during networking parties. Asking if you are overstaying your welcome is great etiquette.)

Boy, I couldn’t have been more wrong. The night was just beginning.

Suraj invited me to come with him down the street to the KPCB Startup Salon taking place at the Iron Cactus. This is where you throw all previous plans out the window and go with the flow. After we arrived to the Iron Cactus, I decided to take off from Suraj for a while because you never want a VIP to feel like you’re clinging to them. It was off to work the room on my own. I ended up meeting so many awesome founders, angels, and VCs. All the while, I never stopped hustling or trying to close deals.

Surely I had gotten the complete ROI of my SXSW in this night alone so far, but Suraj had one more trick up his sleeve. He said that Sean Parker was holding a private Spotify Party at ACL. I was very grateful to Suraj for telling me about the party but didn’t want him to feel burdened with another +1. This is where a little ingenuity comes into play.

Know the Back Doors

I had two options. One) try to BS and say I was meeting someone on the list or Two) sneak in. Ninety nine percent of the time I go with option one but this party was too VIP so I had to go with option two. I knew there was a back elevator that went from outside the W Hotel up to ACL. All I did to get in was take this elevator to the party and walk out like I was supposed to be there. It’s amazing what walking with confidence will do.

This party ended up being the pinnacle of my whole week. Hell, maybe my life so far. Once inside I ended up rubbing shoulders with the likes of Mark Cuban, Ashton Kutcher, Coolio and of course Sean Parker. It was amazing. Now at a party like this, my previous advice about shutting up and listening comes even more into play. I gained a number of great nuggets of wisdom, heard some stories you just won’t anywhere else and found out Coolio was cooking dinner for everyone back in his room at 3 am. No, I did not try to attend, but if you caught any of Coolio on season one of Food Network’s Celebrity Cook-Off, you can bet those in attendance we’re in for a treat.

All in all, that night taught me you can never plan for what’s going to happen next at SXSW, but you can be prepared. Things surely would have been much different if I didn’t have someone like Larry helping me out, previous relationships from using similar tactics at other events, or didn’t know how to interact with VIPs. Engineer yourself some serendipity at SXSW next year by putting the work in beforehand and always having the right attitude.