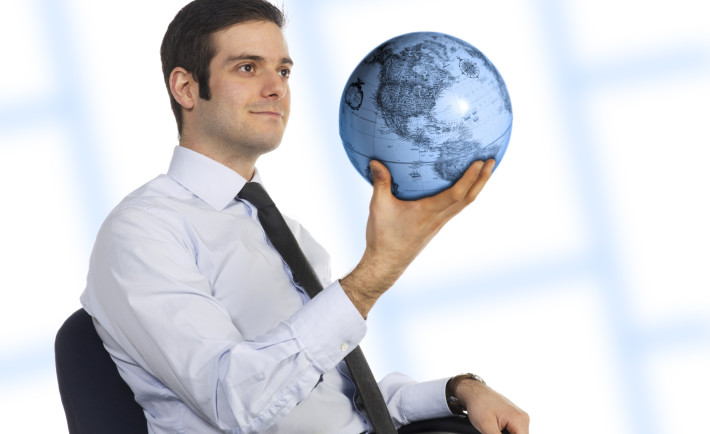 I’ve started three completely different companies in the past five years: BlogDash, Feast and CMX Media. Each one has taught me a great deal. I’ve learned a lot about myself, about building a company, about other people, and about the world.

When exploring and moving quickly through new terrain, we often don’t stop to look back at what we’ve learned. This post has allowed me to see some of the bigger epiphanies that have changed how I think about startups and life. Let’s dig right in.

You don’t have to raise money.

There’s this unspoken belief in the Valley that in order to build a successful company, you need to raise money and grow it to massive scale. That’s just not true. Many companies have been able to build something massive without raising money, either by being scrappy or by building revenue-first companies. We haven’t had to raise any money for CMX because we started with a product that makes it organically (conferences).

If everyone is trying to build something massive, who’s going to take care of the smaller problems — the problems that are very real, but may not have a massive market size? Build what you believe in. If it happens to be something that needs investment, then great — raise money. If it’s not, that’s OK. Don’t build something to raise money. That’s a backward mentality. Almost every major business started with something very small and focused.

You can ignore most advice.

Other entrepreneurs love to give advice, but usually aren’t very good at it. People don’t want to give bad advice. It’s just that they often don’t have enough context to really understand your problem.

What’s worse than taking advice from entrepreneurs is taking advice from most investors. Whenever I speak to investors, they tell me what I need to do in order to succeed, which is usually for their benefit only. They’ll tell you what you need to do in order to be worthy of their investment. This may or may not be in line with what you believe in.

Of course, there are some investors and entrepreneurs who give great advice. From my experience, they’re the exceptions. What makes them great is that they ask a lot of questions and help you come to your own conclusion.

Just remember, no one knows your team and your business as well as you do. Use advice as a source of inspiration or to gain new perspectives, but never let it drive your direction. That decision has to come from yourself and your team.

Your worst-case scenario is better than you think.

Most entrepreneurs fear that they are taking on more risk than they actually are.

We never really address our worst-case scenarios. They remain this dark, ominous concept looming in the back of our minds. Is our company is going to fail? Are we are going to be broke — living on the street, ashamed, ridiculed and depressed? It feels like a nightmare and it can prevent us from really going for what we want.

But when you actually think about your options, you will realize that you have a much better worst-case scenario that you might think. If your company fails, you can get a job (entrepreneurs are very hirable), live with a friend or family while you get back on your feet, try a unique profession like working on a farm or working at a library, travel on an extreme budget, consult, join a friend’s company, etc. There are so many options, all of which are far from the depressing end that you might imagine if you don’t address the idea of your worst-case scenario.

Do what you believe in.

Don’t compare yourself to others.

We get so caught up in the success and failure of other companies, and it can really mess with our emotions. Their success is not your failure. And even if it were, success itself is relative. People define success in a number of ways. So don’t get caught up in what other startups are doing. Focus on what’s in front of you. The only thing that matters is executing on your vision. At previous companies, I’ve made the mistake of looking too much to competitors to guide certain decisions.

It’s easy to have your head down for long periods of time and never come up for air, talk to your team or see the bigger picture.

When I was working on Feast, my co-founder Nadia Eghbal and I often worked remotely. We made it a habit to meet every week just to talk. We shared our feelings. and our fears. We gave each other brutally honest feedback. We talked about the direction the company was moving and whether or not it felt right. The hardest and most important decisions we made for Feast came from those talks. They led to some of the most successful strides and always left us with greater clarity.

If you can do it in person, then leave the office, go for a walk, or sit in a park. Create physical, mental and emotional space where you can have an open and honest conversation.

Ask customers to pay as soon as possible.

If you plan on selling a product, it’s never too soon to ask customers to pay.

It’s too easy to continue building great things while gaining an audience and delaying the uncomfortable task of asking for money. But you must do it. It’s the only way you will really know if your business is real. If you ask for money, people will either say yes or no. If they decline, you can learn what you really need to build in order to solve a problem worth paying for.

I used to try to think strategically about what a healthy culture would look like for the companies I started. I’ve since learned that great cultures form on their own. They aren’t planned. They start with the founders and translate to the team. You can find culture in everything from the subtle interactions and habits that form amongst the team.

I think that’s why it’s difficult to develop a real culture when you hire too many people right away. I’ve seen that happen too. As a result, the company will try to manufacture a culture instead of growing one naturally.

You have to take care of yourself in order to succeed.

The startup world is so focused on speed. You work hard. You work long hours. You work late. You might fail, but it certainly won’t be for lack of hustle. That’s all good and commendable, but I’ve found it to be completely unsustainable and inefficient.

At CMX we encourage members of our team to travel, work on their own schedule, and build their daily routine around what will make them healthiest and most productive.

You won’t truly understand what I’m sharing until you experience it yourself. So if you take one thing away from this post, continue to experiment. Put yourself in uncomfortable positions. Take risks. If you don’t know anything about fundraising but you think you need to do it, just start. You’ll learn quickly. Just take that first step and you’ll learn along the way.

A version of this post originally appeared on the author’s blog.

David Spinks is the CEO of CMX Media, hosts of CMXSummit and CMXHub, the world’s largest conference and online publication for the community industry.