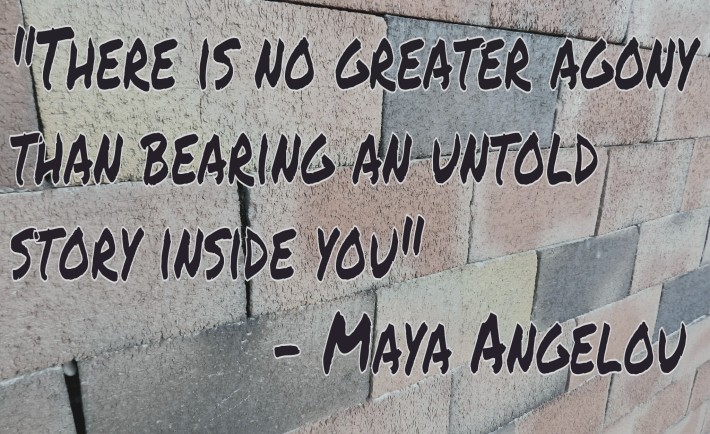 The lines are often blurred between the roles of CEO, CMO, CTO, CIO and so on in regards to who is the chief of brand vision. Who we are. What do we do. How the public should perceive the company.

Does the buck ultimately stop with the CEO? Is the CMO’s primary responsibility to expand brand exposure and grow market share? Is every member of company leadership a part of what a company is and can become?

Of course they are, but maybe there should be a CST – Chief Story Teller – role added to a standard C-suite.

At the end of the day, the buck stops with the CEO. If they don’t want the responsibility, then they shouldn’t have accepted the title. The ability to share vision with their team and customers is essential to company growth.

But is it reasonable to assume that with so much of their time dedicated to creation of that vision and making the hard decisions that come with it, the CEO also has the time to communicate the vision on a daily basis?

More important, is it reasonable that every CEO have this ability as one of their great strengths?

Should the CMO, who on a daily basis is overseeing the implementation of brand communication and customer acquisition strategies, creation of assets to deliver the message and the team to create them, also be the person on whom this role of Chief Story Teller falls?

I would argue that in the early stage of any company, of course it is one of the hats to be worn, but as a company grows, it is essential that this role be delegated (on a daily basis) to a Chief Story Teller who has both the passion and the ability to relay it to others.

What is a Chief Story Teller?

A good example of this would be Matt Cutts from Google.

While he is neither CEO, CMO or any other C-Suite title, he communicates of a regular basis with customers via videos, blog posts, and social media. More people know his name than Larry Page and Sergey Brin. His role is Head of the “Webspam” team, which to some may seem like not much, but the baseline of all that is Google is search. Without him communicating what is going on behind the scenes of the Google algorithm changes, many things Google does would not make sense.

In today’s world of instant communication, it is possible to share the true vision of a brand and learn from customers what they wish it would become. There is now no excuse in refusing to engage, then have frustration on misunderstanding of your brand by consumers.

So often the role being discussed is foisted upon the CEO or CMO, without taking into account all the other responsibilities they have which interfere with this being their main focus.

If the responsibility of being the true communicator of the brand was handed not to just a public relations spokesperson, but to someone with both the high level expertise, knowledge of inner workings of the company, and the innate ability to communicate, there are amazing opportunities which present themselves.

It is my opinion that by removing the need for sales, while it will be difficult to track direct ROI, the ability to create relationships is greatly enhanced. If the sole role of the CST is to build relationships with no strings attached, then the basic human reaction is to lower mental shields.

Demand For This Role

If the CST isn’t trying to close a deal, only share the true inner workings of the brand, how it can be of benefit, and the true aspects of human emotion and experience, then it is in the customers’ best interest to be open. Not only to becoming a customer, but also to share what they would like to see and how to secure them as loyal followers.

This information can then be leveraged by the CEO, CMO, and others in the C-Suite to expand the company in so many ways.

Without this role, it is likely that much of the vision will never be adopted by the team. Just as important, the true value proposition provided by the company will not be understood by customers and brand ambassadors shall be lost.