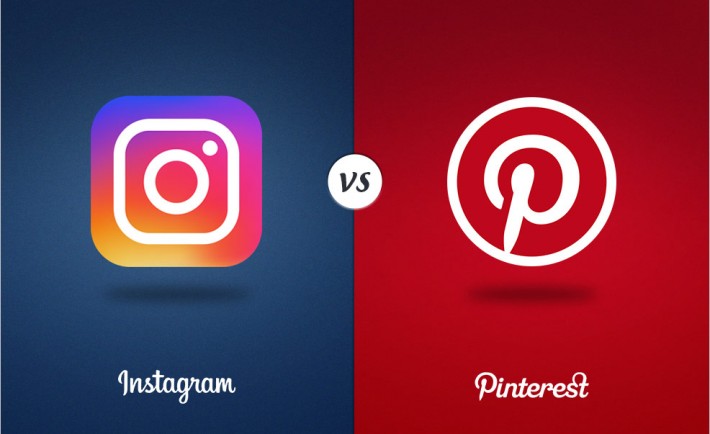 The human brain processes images thousands of times faster than text. The majority of information transmitted to the brain, no matter what its origin, is visually based. In other words, when most people read text, the text transforms into an image before it reaches the brain.

If you sell products directly to the public, such as this example on the Filippo Loreti Instagram page, or graphic services online, visuals become even more important. Online users have short attention spans and limited time. If you don’t catch the eye in seconds, you’ve lost them.

Pinterest and Instagram are the two most widely used photo sharing platforms. If your business sells products, graphic services or engages in visuals of any kind, engagement in one of the photo sharing channels gives you another opportunity to expand your reach. Which platform is better for your business? Here’s what you need to know.

Instagram: At one period of time during 2016, Instagram gained 100 million users per day. The latest counts indicate more than 800 million people use Instagram for photo and video sharing. According to Pew Research, the majority of Instagram users live in urban or suburban locations and belong to the 18-29-year-old age group.

The dominant gender is female, but Instagram does have a substantial male membership as well. Small business numbers increased to a substantial 25 million in November 2017, up 10 million from the reported 15 million in July 2017. Recent data indicates that 80 percent of active Instagram users follow a business within the platform. The free Android and iPhone sharing app allows the addition of filters to images, making them more attractive and eye-catching.

Pinterest: Pinterest is a virtual bulletin board where users save, or pin, and share graphic images of interest. It’s not wrong to say that Pinterest is pretty much a female domain. Nearly half of women online use Pinterest. Only 17 percent of men use the platform.

Pinterest users tend to live in urban or suburban areas, but a substantial group of users live in rural adults areas. Approximately 200 million people use Pinterest and its signature use of “pins” is well over 100 billion to date. Pinterest is the fastest-growing social platform ever — faster than Facebook, faster than Twitter. Pinterest is made to allow users to collect and organize images for the long haul.

What Do I Do With the Numbers?

Now you know who’s using which channel, define your target audience and determine the goals you want to achieve. Is your target customer a young person? Is your customer predominantly male or female? Do they live in the city or a rural area?

As a general rule, if your customer trends toward a young demographic, Instagram is the right platform. An older female demographic target is better suited to Pinterest. Both platforms offer similar engagement tools, such as the ability to run contests, promote events and share options. Choose the platform with users that most closely match your customer and spend most of your efforts there.