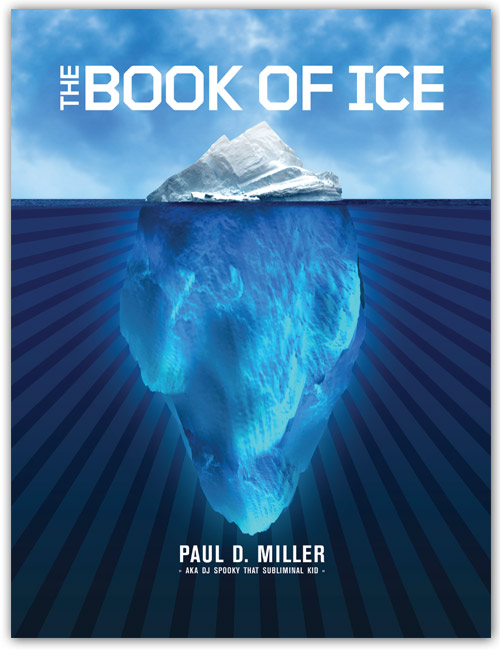 Media is the new medium for conservation. Using art to impact the planet, causing a global shift: Academy Award Winner, Grammy Winners and Artists speak on altering awareness on a global scale through media, film, music and design.

“What I have done with this book is to unpack some of the issues that drive my artwork and its relationship to the constantly changing facets of contemporary life in our information-economy dominated, post-everything twenty-first century.  Looking back over the last several centuries, an intense amount of energy has been expended all over the world exploring and unraveling the meaning of humanity’s condition on the planet.  Much of this energy has been spent in perverse and self-defeating ways.  Our vision of modern life is tinged by events like the Deepwater Horizon oil spill, which makes former disasters like the 1989 Exxon Valdez incident or the 1986 release of radioactive steam in Chernobyl seem quaint and self-contained.  More than ever, we are interconnected, and interdependent.  In the future, regardless of any human action, the planet will be here – we as a species, might not.”

We had a chance to tape a quick interview with Paul Miller/DJ Spooky where we covered the book, his work with Saul Williams and the role that startups play in regards to the environment. (I apologize for the poor lighting conditions and Paul being so dark.  This was 100% operator error and a lack of working knowledge to fix this).

DJ Spooky traveled down to Antarctica with his recording studio to record the ice.  Out of this trip grew Terra Nova Sinfonia Antarctica a multimedia art project.  As described on his site:

Sinfonia Antarctica transforms Miller’s first person encounter with the harsh, dynamic landscape into multimedia portraits with music composed from the different geographies that make up the land mass. Miller’s field recordings from a portable studio, set up to capture the acoustic qualities of Antarctic ice forms, reflect a changing and even vanishing environment under duress. Coupled with historic, scientific, and geographical visual material, Terra Nova: Sinfonia Antarctica is a seventy minute performance, creating a unique and powerful moment around man’s relationship with nature.

This is his third book, following Sound Unbound: DJ Spooky Explores Remix Culture and Rhythm Science both published by MIT Press.  Like The Book Of Ice and Terra Nova, Rhythm Science also included a piece that accompanied it entitled DJ Spooky’s Rebirth of a Nation. 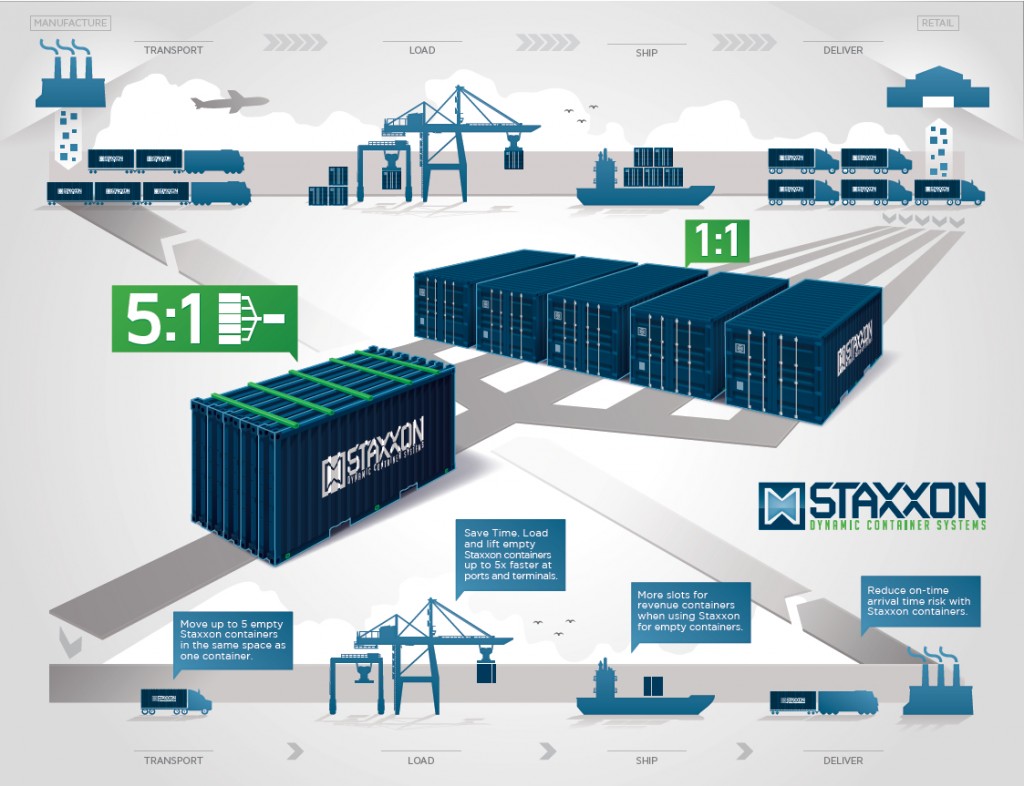 New Jersey/Ohio startup Staxxon is working to address one of the largest inefficiencies in the logistics industry – the empty shipping container.  Every year hundreds of millions of shipping containers are shipped empty taking up space, using valuable natural resources, and wearing out equipment.

According to Tom Stitt, Staxxon’s corporate development director, the company’s founder was inspired to begin working on a new container design while driving one of his daughters to college. “George [Kochanowski] kept seeing piles of containers [along the roadway] and thought there had to be a better way to deal with them than stacking them high,” says Stitt. ¹

Staxxon has created an “accordian-like” shipping container that can be folded to 1/5 it’s size.  This allows 5 empty containers to take up the space of just one container.  It doesn’t take much imagination to see how this could significantly alter the practices of logistics companies.  Each container takes up space on trucks, trains, and container ships, as well as shipping yards.  In April of this year they received a CSC Certificate for its 20′ container design and was issued the BIC registration code STXU for its test and trial containers. Below we have an in-person demonstration of the benefits via legos:

More details regarding Staxxon’s Dynamic Container Systems from their FAQ:

What technology and products is Staxxon developing?

Staxxon has developed, patented, prototype and obtained certification for a shipping container design that allows up to 5 empty containers to be folded, nested and moved in the same space as 1 container. In addition, Staxxon is developing an integrated system to support high speed folding/nesting and unfolding/un-nesting at terminals and depots that includes support for space/slot optimized freight bookings and related terminal/depot/ship/rail/truck workflow information technology.

Who will be Staxxon’s customers?

Staxxon will license  its container, folding nesting system and related information technology to its customers. This means that a container fleet owner/operators – carriers, leasing companies, governments – can continue to work with existing container vendors/manufacturers. Terminal/depot operators will be able to source the folding/nesting system from current suppliers. leading freight booking and terminal operating system providers will be able to integrate Staxxon’s information technology.

Staxxon’s business model is based on licensing its intellectual property, designs and know-how, not manufacturing. Container fleet owner/operators will continue to source containers from their current vendors at prices negotiated by the fleet owners/operators. Staxxon will support existing container manufacturers with assembly line configuration, sourcing, training, inspections and certification services. Staxxon’s target cost for a container that includes Staxxon technology is in a range that provides the container fleet owner/operator a 100% return on the total investment, including operating costs unique to Staxxon’s technology, over a 24-30 month period. *Emphasis mine

Startups from Everywhere Else finally have a conference for them 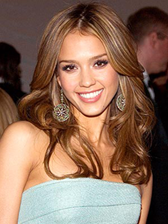 The producers of South By Southwest are preparing for their next SXSWEco event. The three day event will be held from October 3rd through October 5th in Downtown Austin. While it’s a bit smaller than the huge music, film and interactive festival held in March, it’s by no means a small event. In fact there are over 130 different talks, panels, work groups and special events during SXSWEco.  Oh, and don’t forget the parties.

One of the headline keynote speakers will be actress Jessica Alba.  Back in March, Alba, a Golden Globe nominated actress, launched her baby safe startup company called “The Honest Company”. The startup seeks to replace baby products laiden with harsh and untested chemicals, with natural products that are baby safe like diapers, household cleaners, soap, sunscreen, laundry detergent and even dishwasher gels.

The Honest Company went to town with a $27 million dollar venture round which included some of the heaviest of hitters. Investors in Netflix, Twitter, Living Social and Zynga all participated in Alba’s first round.

The folks at SXSW Eco have put together “An Honest Conversation With Jessica Alba and Christopher Gavigan”. Gavigan is Alba’s co-founder in The Honest Company.

Some of the other panels include:  “Energy Challenges on the U.S.- Mexico Border,” “The Intersection of Art + Sustainability,” “New Urbanism: Why Reshaping Cities is Green,” “Rust Belt to Fresh Coast: Milwaukee’s Quiet Revolt,” “Behind E-Waste: The Good, Green & Shocking Truths,” “The End of the Golden Age of Automobiles?” and “Risks and Rewards of More Texas Wind and Solar.”