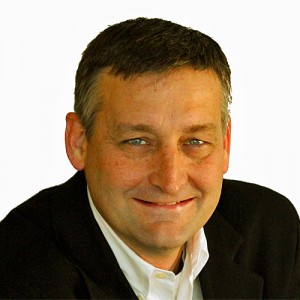 Kelly Schwedland is no stranger to entrepreneurship. After a few startup successes, he moved to Chicago to attend the University of Chicago’s Booth School of Business. During his 5 years in the city, he spent a lot of time in and around the infant Chicago startup scene.

Now back in Indiana, Schwedland is using all those years of experience to help local entrepreneurs on the road to success. As an Entreprenuer-in-Residence at Elevate Ventures, he spends most of his days traveling northern Indiana, coaching dozens of teams at various stages in the startup process.

In a traditional venture capital arrangement, the VC provides money, occasional connections, and often a vote on the board. They have little to do with the actual development of a company.

With the help of the Indiana Economic Development Corporation, Elevate Ventures does things a little differently.

“We try and surround the entrepreneur through the entire process,” Schwedland explains.

One way this happens is through varying levels of funding. There are grant opportunities for entrepreneurs looking to develop a product. Angel funds are available for companies with a little bit of early traction, and there is also a diversity fund for women, minorities, and veterans.

Elevate works with a broad range of companies, but they all have 2 things in common:

Once a company wins investment from Elevate, the entrepreneurs-in-residence like Schwedland step in. He helps companies start where they are, both geographically and in the life of their company. From there, he coaches them on how to maximize funds to gain traction and how to pivot into the right business models.

So, what advice would Schwedland give to entrepreneurs everywhere else looking to catch the eye of a VC?

“Traction! It’s hard not to underscore this enough. Unless you have been successful several times in the past, VC’s still look at traction with customers as the primary proof that what you say is true. And, really, they are looking for traction on your business model, proof that a dollar of marketing gets 2+ dollars of profit.”

He acknowledges there are different kinds of traction. 10,000 email addresses of people waiting for your launch is a good starting point. Actual paying clients is even better.

“In the end it all comes down to customer validation,” he says. “And the best validation is when customers give you dollars in exchange for your products.”

In his “spare time” Schwedland is also developing his own resources that give advice based on his own experiences. He likens them to the Silicon Valley pitchbooks, collections of VC advice passed from company to company.

Schwedland’s version will be developed in several different formats. One is a slide deck on SaaS companies and the freemium model. Pulling from research he did in Chicago, the deck breaks down the whys and hows of a successful freemium model.

Another resource will discuss crowdfunding, a popular way to gain both money and traction without a lot of capital. There are plenty of successful and unsuccessful crowdfunding campaigns, and Schwedland will use them to point out a few best practices. One successful campaign he will pull from is that of JustFoods. This Indiana company is developing real food meals for people that must eat from a tube. Their Indiegogo campaign provided just the traction and money they needed to move from idea to product development.

It’s common “knowledge” that funding is one of the biggest challenges for startups everywhere else. We tend to believe that all the money lives on the two coasts.

But Kelly Schwedland and Elevate Ventures are disproving that belief. Not only is there money available for promising companies, VC firms everywhere else are innovating their own industry. Because of them entrepreneurs are better served and more able to succeed.

To learn more about Kelly Schwedland and Elevate Ventures, check out their website.

disclosure: Elevate Ventures is one of  our Indiana content sponsors. 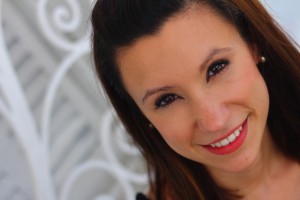 On the outside, it looks like Carla Valdes has a life any woman would want. Husband, kids, interesting job. She’s beautiful and pulled-together, and it definitely seems like she “has it all.”

And she’s okay with that illusion.

“I’m great with the world thinking I’m pulled together,” she laughingly told me over Skype. “But, really I’m just like any other mom trying to make it all work.”

“It all” for Valdes is a day that typically starts before dark. She’s up at 4:30 so she can head into her office with Fortify Ventures by 5:30. The commute is anywhere from 1-2  ½ hours depending on traffic, but her husband’s teaching and coaching gig keeps them in their current location, close to family. There aren’t many phone calls to make that early in the morning, so in her head, Valdes makes lists of all the things to do that day. Around 6:30 she talks to her 2 kids—ages 5 & 3–before they head off to school.

When she finally gets into the office, the day could go a thousand different ways. As a General Partner at Fortify, Valdes oversees the accelerator, The Fort. She also plans events, participates in investor relations, and works on deal sourcing. Despite meetings throughout the day, she also joins us all on the quest for inbox zero. She tries to leave the office by 3:30 so she can be home by 5-5:30.

Jonathon Perelli, Managing Director of Fortify, knows he has a stellar partner on his team. He confided over email:

Carla Valdes is the hardest working unsung hero I’ve ever had the opportunity and pleasure to work with. Her enthusiasm for entrepreneurship is contagious and she has a passion for startups that is second only to her passion for her children. Carla’s impact goes well beyond the Fortify portfolio and Washington, DC region. She is a firecracker whose strong heart and sharp mind are fantastic assets and having her as a partner has been a blessing.

After a full day, Valdes does the evening dance we all know and love to hate. Dinner (healthy, if she’s lucky), baths, story, bed. She often falls asleep with or before her kids, alarm set to do it all again the next day.

Yup, it seems like she has it all. But, like any of us, Valdes can point out the things she’s missing.

When I spoke with her via Skype this week, she had the luxury of working from home and was at a local Starbucks for the afternoon. This rare break from the killer commute was only possible, though, because her kids were at the beach for the week. With the kids gone, she and a few interns were working out of her house, and she was excited to feel so productive. But…

“You always have parental guilt,” she pointed out. “The kids are at the beach, and I’m missing the fun. But if they were here, I would feel guilty they weren’t at the beach.”

Parental guilt aside, Valdes doesn’t plan to quit any time soon. Like many moms, she knows if she didn’t work, she would go crazy.

For women that feel the same way, Valdes has a few tips:

In the middle of a national conversation about work/life balance, Carla Valdes just does it, with a lot of grace. She knows it won’t be perfect, but that’s okay.