Techstars, one of the most recognized accelerators in the world, is expanding its US footprint into the already lively Kansas City startup community. Earlier this year Techstars co-founder and Foundry Group founder Brad Feld bought a house in Kansas City to house a startup to work on their company, utilizing KC’s 1gb ethernet. Kansas City was the second city in the country, behind Chattanooga, to offer 1gb ethernet to residences and businesses.

But it wasn’t Kansas City’s Google Fiber that attracted Techstars to the region. They’ve partnered with Kansas City’s biggest tech company, Sprint, the third largest wireless carrier in the country. Sprint has always been a friend to innovation. They were the first wireless carrier to hold an annual developer summit for developers to collaborate, and learn about developing on Sprint’s wide range of services.

Sprint and Techstars are centering this accelerator around the growing mobile health segment. Monitoring devices, e-prescriptions, mobile EDR’s and other health based mobile technology startups will work in the three month Techstars-modeled accelerator format at the new accelerator.

“We have been watching Kansas City from afar, seeing it come together, and now we’re excited to join the community and help it grow. It’s great to see Sprint giving first through their tremendous network of resources and executive knowledge. It makes all the difference for the companies we fund through the program,” Techstars co-founder David Cohen said on the official Techstars blog.

Kevin McGinnis, Sprint’s Vice President of Development, will help oversee the program which is taking applications now through December 6th. Startups that are selected will be notified in early January 2014 and the first session will kick off in March.

“Kansas City increasingly is gaining recognition on the national level as an emerging entrepreneurial technology center,” McGinnis told Cohen. “Sprint has been expanding its work with startups and other ventures that are developing intriguing innovations. The Sprint Accelerator will act as a catalyst for growth in this market.”

You can apply here.

The multi-faceted startup support organization, Think Big Partners in Kansas City is preparing for demo day for their accelerator program companies and other midwestern startups from across the Silicon Prairie area. ThinkBig is graduating their second cohort, but this is their first demo day.

This week, ThinkBig Parters is hosting a two day “PitchKamp,” which will be taught by the ThinkBig Partners and help prepare the teams pitching on the 28th for demo day in front of investors and media.

Here are the ThinkBig Accelerator startups pitching at demo day.

Here are the other regional startups pitching as part of the demo day festivities.

“As a venture investor, there are increasingly more quality, early-stage investment opportunities that are emerging from the Midwest,” said Pat Doherty, Managing Member of St. Louis-based Saturday Capital.  “I look forward to working more with groups like Think Big Partners, who have helped identify and support growing and innovative companies that are attractive investment opportunities.”

If you’re in the area and want to attend demo day you can register here. 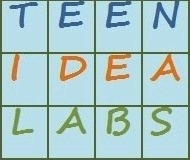 One of the big benefits to growing your startup in Kansas City is the proximity to the Kauffman Foundation. The group is constantly backing, helping, and innovating in the startup community space. Kansas City often gets the earliest access to the Foundation’s newest programs like 1 Million Cups.

Now, our friends at Silicon Prairie News are reporting that KC is about to see a new one day seminar/conference program geared towards teenagers.

William Robison, a Kansas City-based self proclaimed “Solopreneur,” came up with the idea for Teen Idea Labs when his own kids started asking questions about owning and starting their own businesses.

“As a business owner, for as long as they can remember, they have only witnessed this side of the world,” he told SPN. “As they mature, I challenge them to explore opportunities of their own.”

The first Teen Idea Labs will be held at the Kauffman Labs next Wednesday, June 12th and will kick off with the teenage attendees taking part in that morning’s 1 Million Cups meet-up.

“These younger minds are willing to challenge these belief systems and develop with better forward thinking minds. These are the next generation of incubator and Kansas City Startup Village residents.” Robison told SPN’s Megan Bannister

Interested teenpreneurs and innovators can find out more at Silicon Prairie. They can register free here at eventbrite.

Do you remember back in the old days when breaking out the nice stationary to write a thank you note was common practice? I certainly remember my hand hurting back in the late 80’s after personalizing and handwriting a thank you card to everyone who had given me a Bar Mitzvah present.

Well now, thanks to technology, thank you cards are much easier.

Amy Marin Carlson spent years in education as a school administrator and a spanish teacher. She also spent some time in her career as a bakery owner. Now, she’s founded Growing Gratitude, a Kansas City based startup that encourages people to get personal and creative by sending short video thank you notes.

This hard working entrepreneur came up with the idea when her oldest son turned 2. After his birthday party she was wondering just how to thank everyone. Obviously her son was too young to send cards himself and cards from her seemed to impersonal. A video card of sorts would get the point across. She could easily take a quick video of him playing with a new toy or present or wearing that sweater Aunt Greta sent. That kind of video would be worth more than 1000 words.

Marin Carlson went back to work, but two years later when she was at home with her second son she had some time to flesh out the idea that has become Growing Gratitude.

We got a chance to talk with Marin Carlson, check out the interview below.

Last year, Chattanooga Tennessee became the first city in the country to have a 1gb fiber network that was available to all businesses and residents within a 600 square mile area. The gb fiber is the backbone to the city’s new grid so the connections automatically go to every residence and business within the footprint. It’s up to the business owner or resident whether they want to also tap that line for data, tv and phone.

Earlier this summer, Kansas City, was the first city to receive commercial 1gb fiber available to it’s residents through Google. Google offers a great introductory offer including low cost high speed internet access, 1 tb of cloud based services and even a tablet.

When Chattanooga lit up their “gig” they started calling the city “The Gig City” and immediately ramped up their efforts to promote entrepreneurism and startups across the city. They did this by increasing promotion of co.lab a coworking space, incubator and accelerator in downtown Chattanooga and by launching the first three month accelerator based on high bandwidth, rightfully called the GigTank.

Now, with their one gigabit internet in tow Kansas City is hoping to spur innovation as well.

Kansas City is calling on partnerships with existing private sector businesses to provide startups and entrepreneurs with resources like free office space and mentoring. According to Kansas City Public Media, the city plans to kick in funds to offset equipment costs and build out wifi downtown.

This seems like a good start for Kansas City but from a municipal level we’re hopeful that this is just a start.

Startups “everywhere else” have you seen this yet?

In most of the stories that we report on involving angel funds, venture capital, incubation, investment, or competition, the student is the recipient. We cover student startup challenges all the time. In Kansas, they’re doing things a little different.

At the University of Missouri in Columbia, fifteen students are running a $600,000 venture fund appropriately named “Student Angels”. The purpose of the fund is for the students to find, identify in and invest in potential high growth startup companies in Missouri. The fund is entirely student run and the money is real.

EternoGen was the first recipient of an investment from the Student Angels. The Student Angels invested $30,000 in the life-science/biohealth startup. EternoGen produces a product called Demelle which is a human tissue filter used in cosmetic, cardio-vascular and orthopedic procedures.

Student Angels isn’t a class, it’s more of an extra-curricular or a club. The students met twice a week in William Allen’s classroom. Allen serves as the faculty adviser for the program and is also the assistant professor of finance.  The students in the program are a diverse mix. The team includes law students, MBA candidates, a journalism student, a biology major and a student from the psychology department, reports KansasCity.com

Even with their diverse roots though, the students unanimously decided to invest in EternoGen even though it’s not likely that the fund will see a return on that investment for a few years.

The seed money for the fund came from alumni donations as well as the Shelter Insurance Foundation. Allen is hoping to see the fund increase to a couple of million dollars so that the student run fund can invest in the six figure amounts that most startups need.

Missouri Student Angels aren’t alone there are similar programs at the University of Michigan as well as Washington University in St.Louis