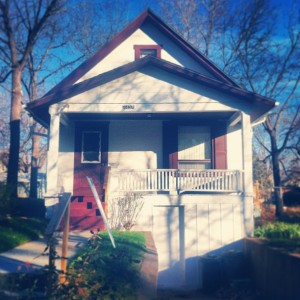 What do Brad Feld, Kansas City, and Google Fiber have in common?  Well combine them all together and you have the subject of a social experiment that Feld is doing to further the startup community in Kansas City.

Kansas City was the second city in the United States to get 1 gb fiber available to consumers, the first was Chattanooga Tennessee. Unlike Chattanooga though, Kansas City was the first city chosen for Google Fiber, the search giant’s first soiree into the land of internet providers. In Kansas City, and soon to be Austin, Google is running 1gb fiber optic lines for internet which allows ultra fast downloads and uploads. This will also put them in competition with several cable companies in markets where they expand their fiber product.

So how did Brad Feld get involved? The Kauffman Foundation’s Lesa Mitchell spoke at SXSW about how she took a phone call from Brad sometime over the Christmas holidays and he was excited about putting his money where his mouth is. He wanted to buy a house in the Google fiber neighborhood in Kansas City, but he wasn’t going to live there.

Feld teamed with the Kauffman Foundation and Startup America CEO Scott Case, who quickly devised a plan. They ran a contest for startups, where one startup would get to live in the house rent free for one year, and with the Google Fiber internet paid for as well.

Is crazy as this idea seemed at first, it was done before, right in Kansas City. Back in October we reported that Ben Barreth had the idea to buy a house and let hackers live in it rent free, again with Google fiber, to work on their startups. Barreth, who’s just an average guy, leveraged his own personal finances to put together his “Homes For Hackers” project and open up the first house.

Feld credit’s Barreth for inspiring him to do this. The two met at the Thinc Iowa startup event where the idea for the Fiber House was made.

Handprint founders; Mike Demarais, Alexa Nguyen, Jack Franzen, and Derek Caneja will move to Kansas City and into the Fiber House where they can continue to develop their startup.

For more check out this story at Startup Revolution.

This was the first house purchased for hackers in Kansas City.

Are you a member of Brad Feld’s alternative to Hacker News, Startup Revolution?