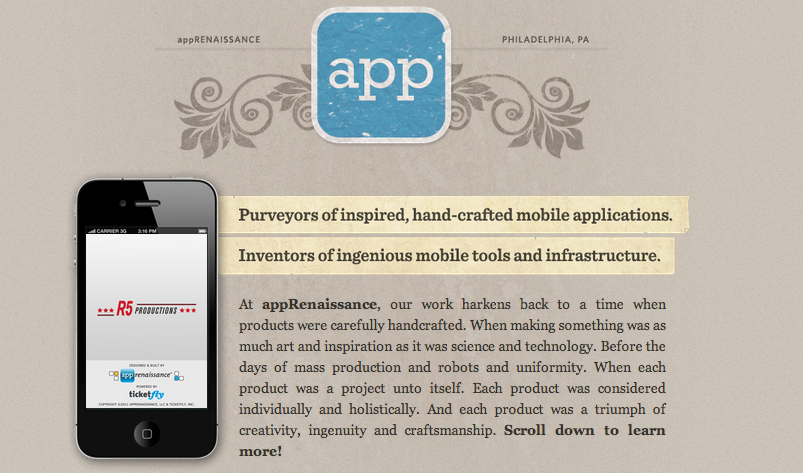 appRenaissance a Philadelphia based mobile app developer and mobile infrastructure company has received $1.5 million in seed funding from Firstmark Capital and other Philadelphia angel investors.

The company private labels apps for other businesses. Some of their clients include; Ticketfly, BizEquity, AllFranz, Radian and Interact a Geo-social startup. appRenaissance also has a mobile application development platform called “Unifeed” that speeds up and simplifies development time and integration with enterprise services.

appRenaissance was founded by Scott Wasserman and CEO Bob Maul. The company has announced that they plan on using the funding to make a number of key hires and accelerate development of their Unifeed platform.

This isn’t the first time that Firstmark has teamed up with Maul. Firstmark was also in an investor in Maul’s company called Boomi a company that specializes in on demand integration technology. Like appRenaissance Boomi also has a proprietary platform. Theirs is called AtomSphere and connects providers and consumers of SaaS (Software as a service) applications via a pure SaaS integration platform.

“Backing a successful repeat entrepreneur like Bob is an easy decision,” said Amish Jani, Managing Director at FirstMark Capital. “Mobile computing is the next great wave of technology innovation and we look forward to working with Bob and founder Scott Wasserman to build a major player in the mobile apps and infrastructure space.”

“It’s great to be working with Amish and the guys from FirstMark Capital again as they were a major factor in our success with Boomi,” said Moul. “The mobile space is massive, it is still early, and ripe for innovation. And Philadelphia is the perfect home for the venture given the extensive mobile talent and thought leadership in the region.”

appRenaissance is located in Philadelphia’s Old City neighborhood and was founded in 2010. 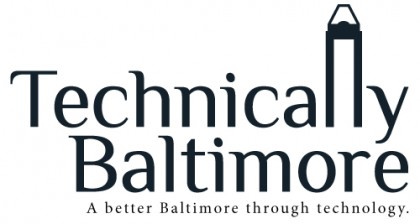 One thing that Cameron and I have noticed on the road covering startups “Everywhere Else” is that there are some really great locally focused websites out there (and some really horrible ones). Sites like inthecapital.com (covering Washington DC’s thriving tech scene), Builtinchicago (covering Chicago’s Tech Scene), Silicon Prairie, TechCocktail and Technically Philly do a great job of keeping the tech community in their target areas in focus.

Technically Philly has a revenue model that consists of an annual event called “Philly Tech Week” which is just about a week away, along with other shoulder events, and some underwriting. They plan on continuing a similar model with the Baltimore site, so while reporting on the Baltimore tech scene will be priority number one, companies in Charm City will also get the chance to showcase themselves in an event similar to Philly Tech Week (we hope). 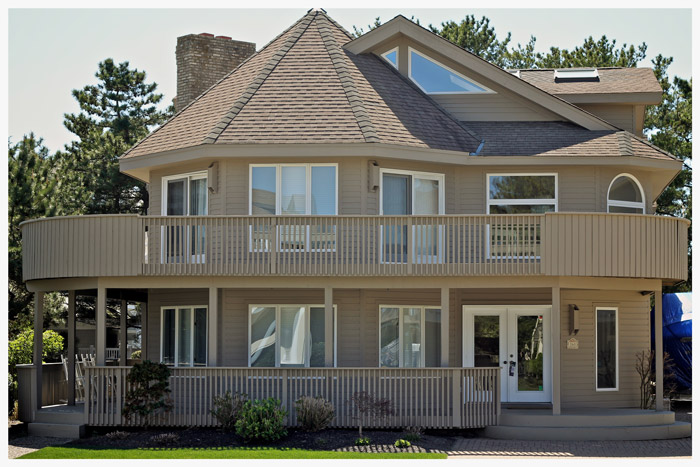 Now before we get too far into the story we are well aware that there are no “beaches” in Philadelphia however that’s not stopping Greg Berry (founder of Municibid), Mike Bianchini (Municibid CMO) and Dave Drager (Razorserver’s VP of Technology) from hosting the first ever Startup Beach House.  Like most Philadelphians, the Startup beach house will be on the Jersey Shore.

The group is taking applicants now and plans to host five startups in a 6 bedroom 18 bed beach house in Avalon, NJ. The Startup Beach House will take place from August 11th to 18th and is open to anyone, not just those in Philadelphia.

“We’re more concerned with the quality of teammates than the idea,” Berry told technicallyphilly.com. “Mostly looking for people who share the same passion for entrepreneurship that we have.”

Will it be hard to focus on building a startup when you’re surrounded by miles of open beach and an awesome beach mansion? Maybe, but Berry is hoping that the next Instagram could come out of this experience.

If you’ve got what it takes to work in the startup beach house applications are being taken through May 31st Here. Good Luck.

Inhabi is a service which matches landlords and prospective renters with each other.  Using proprietary system to find the perfect match.  The Philadelphia region is home to a relatively new incubator (or accelerator) Novotorium.  They say that “Novatorium is a new concept and unlike most of the incubators and accelerators that you may already know.”   Instead of finding companies who are looking to sell to another company for a big payout Novotorium focuses on companies who are aiming for “organic growth, profitability and sustainability” and are in it for the long haul.

Back on March 15, 2012 Technically Philly announced that Novotorium was looking for a second company to join their incubator program.  On March 29th it was announced that inhabi would be joining Novotorium.  Philadelphia currently has a number of incubators DreamIt Ventures, Project Liberty, Seed Philly, Good Company, and others.  Over the course of the next few weeks we hope to be meeting with a number of these incubators/accelerators as well as planning  to bring you coverage from Philadelphia Tech Week

The above  list comes from an article on TechnicallyPhilly Desks for Startups: Infrastructure for entrepreneurs or budding startup bubble?